Born Madilyn Bailey Wold on the 2nd September 1992, in Boyceville, Wisconsin USA, she is a singer, guitarist and pianist, perhaps best known to the world for her cover album “Muse Box”, and the EP made of her own songs – “Wiser” – among other accomplishments.

Have you ever wondered how rich Madilyn Bailey is, as of early 2018? According to authoritative sources, it has been estimated that Bailey’s net worth is as high as $2 million, an amount earned through her successful career in the music industry, active since 2009.

One of five children born to Heidi and Greg Wold, her love for music first appeared when she was only seven years old, as she didn’t just play music, but also started writing her own songs. Once in Boyceville High School, Madilyn joined the school’s marching band; she matriculated in 2011, and before her career in entertainment took off, Madilyn worked as a certified nursing assistant.

Before she finished high school, Madilyn had started her YouTube channel on which she would upload covers of popular songs. Gradually her popularity grew, and with every new video, new subscribers started following her work. In no time she had over 100 million views, which brought attention from Keep Your Soul Records, with which she started working on the production of her material. Just a year later she moved to Los Angeles, which soon enough turned out to be a smart move since she joined the rock band – Boyce Avenue – on their tour across the US and Canada. In 2015, Madilyn signed a recording contract with the French record label PlayOn, and the same year released her debut studio album “Muse Box”, comprised of covers of popular songs including “Titanium”, performed by David Guetta featuring Sia, “Radioactive” by Imagine Dragons, and “Believe” sung by Cher. Even before releasing her album in France, she was already a star in the country, thanks to Virgin Radio’s airplay of her recording of “Titanium”. She reached international stardom in no time, which encouraged her to continue to work on her music, and in 2016 released the EP “Wiser”, comprised of five original songs performed by Madilyn. Her single “Wiser” has attracted more than 5.5 million views on her YouTube channel, which also added to her net worth. Most recently, she released new single “Tetris”, which in less than a week has been viewed more than 240,000 times, further increasing her net worth. 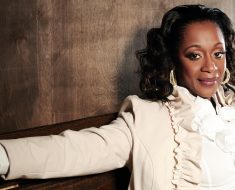