Born as Mary Violet Leontyne Price on the 10th February 1927 in Laurel, Mississippi USA, she is a Grammy Award and Primetime Emmy Award-winning soprano, best known as one of the first African Americans to be the leading artist in the Metropolitan Opera. The National Endowment for the Arts awarded Price with Opera Honors in 2008, and she has 19 Grammy Awards as well.

Have you ever wondered how rich Leontyne Price is, as of mid- 2017? According to authoritative sources, it has been estimated that Price’s net worth is as high as $2 million, an amount earned through her successful career as a soprano, which started in the early ‘50s and ended in 1997.

Leontyne Price was the daughter of James Price, a lumber mill worker, and Katie, a midwife who also sang in the church choir. Early in her life Leontyne started learning piano, and later sang in the St. Paul’s Methodist Church choir. Price then studied music at the Wilberforce College in Wilberforce, Ohio, before later moving to the Juilliard School in New York City.

In 1951, Price secured her first leading role in Strauss’ “Ariadne auf Naxos”, and then starred in Verdi’s “Falstaff” and George Gershwin’s “Porgy and Bess” both in 1952. Two years later, Leontyne had her recital debut at New York’s Town Hall, while in 1955, she performed Puccini’s “Tosca”, the role that was remembered as she became the first African American to sing in televised opera as a lead. Price continued to appear on NBC Opera broadcasts, as Pamina in 1956, Madame Lidoine in Francis Poulenc’s “Dialogues of the Carmelites” in 1957, and as Donna Anna in Mozart’s “Don Giovanni” in 1960. In May 1960, Leontyne played Aida at the Teatro alla Scala in Milan, Italy’s greatest opera house, the first African-American to do so.

In the early ‘60s, while she performed at the Metropolitan, Price earned $2,750 per performance, which was on a par with such famous artists as Maria Callas, Joan Sutherland, and Renata Tebaldi – only Birgit Nilsson made $3,000 per performance at the time. In the coming years, Leontyne had numerous important roles such as Elvira in Verdi’s “Ernani”, Pamina in Mozart’s “The Magic Flute”, Tatyana in Tchaikovsky’s “Eugene Onegin”, Leonora in “La forza del destino”, Fiordiligi in Mozart’s “Così fan tutte”, Amelia in “Un ballo in maschera”, and Cleopatra in Barber’s “Antony and Cleopatra”, quite a CV for any opera singer, the roles helping Price to increase her net worth significantly.

The climax of her career came in 1966 when she sang in Samuel Barber’s “Antony and Cleopatra”, as the part of Cleopatra was written especially for her. Later in the ‘60s, Leontyne put opera work aside as she was involved in recitals and concerts, so she decided to go back to Europe and perform in Hamburg, London, Paris, Vienna and Salzburg. In January 1973, price sang a few songs including “Precious Lord”, “Onward, Christian Soldiers”, and “Take My Hand” at the state funeral of former US President Lyndon B. Johnson, which was quite interesting because she also sang at his inauguration back in 1965. After a short break, she returned to the Metropolitan and starred in “Madam Butterfly”, while in 1977, Price had her last new role in Strauss’ “Ariadne auf Naxos” in San Francisco. For the next twenty years, Leontyne continued to perform recitals and concerts, her last recital occurring at the University of North Carolina at Chapel Hill in November 1997, after which she decided to retire. She came out of the retirement in October 2001 to sing “This Little Light of Mine” and “God Bless America” in a memorial concert at Carnegie Hall, to honor the victims of the September 11 attacks.

Regarding her personal life, Leontyne Price was married to William Warfield from 1952 to 1972, otherwise she has remained single, officially.. 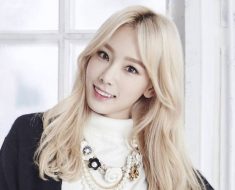 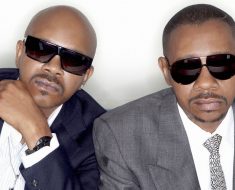 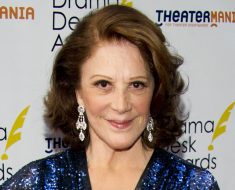 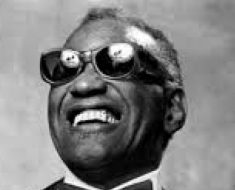