Jerry Michael Glanville was born on 14 October 1941, in Perrysburg, Ohio, USA. He is a retired professional American Football coach, retired former NASCAR driver and owner, and probably best known for being the head coach of the National Football League (NFL) teams the Houston Oilers and the Atlanta Falcons. All of his efforts have helped put his net worth to where it is today.

How rich is Jerry Glanville? As of mid-2017, sources estimate a net worth that is at $10 million, mostly earned through a successful career in professional football, in which he was active as a coach from 1967 to 2009; he’s also served as a football analyst for various television programs. All of these achievements ensured the position of his wealth.

Jerry attended Northern Michigan University where he played college football, before graduating in 1964. Later on, he would study for his master’s degree at Western Kentucky University, where he also served as an assistant football coach.

After serving in Georgia Tech for several years, Glanville then joined the NFL, becoming the special teams/defensive assistant for the Detroit Lions from 1974 to 1976. Afterwards, he spent a year with the Atlanta Falcons as their defensive coordinator and secondary coach. In 1983, he became the secondary coach of the Buffalo Bills for the season, then served with the Houston Oilers as their defensive coordinator before becoming their head coach in 1985. His tenure with the Oilers was famously known as the “House of Pain”, in which they allegedly used cheap shots and dirty tactics, as he turned the team into an aggressive group after struggling for many years. He helped players such as Warren Moon enter the spotlight, while he led the Oilers to three playoff appearances.

In 1990, Jerry resigned from the Oilers, and then became the head coach of the Atlanta Falcons. He took the team to the playoffs the following season, and pushed for the team’s new uniforms.

He also started an aggressive defense, and an offensive system known as the “Red Gun” with an emphasis on special teams. He helped develop players such as Deion Sanders, but due to failing records from 1992 to 1993, he was soon dismissed from the team.

Glanville then pursued a racing career, and joined the NASCAR Busch Grand National Series. He later participated in the ARCA Hooters Supercar Series, but made only sparse appearances in the next few years. He would not return to football until over a decade later, when he became the defensive coordinator at the University of Hawaii. In 2007, he then got a head coaching position at Portland State University (PSU) where he stayed for two years. In 2011, he was set to become the head coach and general manager of the United Football League’s Hartford Colonials, but due to suspended operations, he remained only in the league as a consultant for one season.

For his personal life, it is known that Jerry has been married to Brenda since 1976, and they have a son. During the “House of Pain” era, he was known to wear all black, and also drove replicas of vehicles driven by actor James Dean. 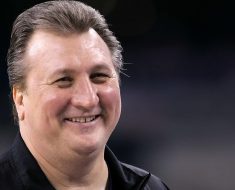 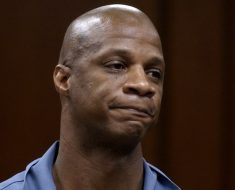 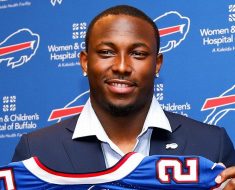 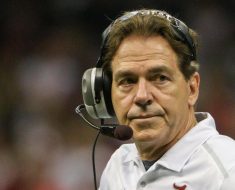 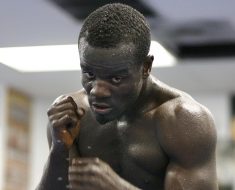