Warren Haynes was born on the 6th April 1960 in Asheville, North Carolina USA, and is a blues rock guitarist, best known to the world for being a part of The Allman Brothers Band, but also for founding a jam band Gov`t Mule, among many other projects, including his own Warren Haynes Band. His career has been active since the 1980s.

Have you ever wondered how rich Warren Haynes is as of mid- 2016? According to authoritative sources, it has been estimated that Warren Haynes` Net Worth is as high as $13 million, an amount earned through his successful career in music, as a guitarist, but also, Warren managed to use his other talents, including singing and songwriting. He is also a record producer, and has started his own label called Evil Teen Records, which has also improved his net worth.

Warren grew up in his hometown, with his two older brothers and his father. Influenced from an early age by blues and rock performers, it was soon before long he picked up his first guitar. When he was 12 years old he played his first riff and the rest is history. By the age of 20 he was in his first band; he found engagement as the guitarist of the David Allan Coe`s recording and touring band. For the next four years he built his experience with Coe. After that he collaborated with Dennis Robbins and Bobby Boyd to write a song “Two Of A Kinf, Workin` On A Full House”, for the country musician Garth Brooks. The song became a hit as it topped the charts and stayed on No. 1 for twenty weeks.

In 1987 he joined the new found Dickey Betts Band with Matt Abts as a drummer and Johnny Neeel as a keyboard player. Two years later, The Allman Brothers Band reunited, and Betts added Haynes as the guitarist, and since then he has become an integral part of the band. With them, Warren has released four studio albums “Seven Turns” (1990), “Shades Of Two Worlds” (1991), “Where It All Begins” (1994) and “Hittin` The Note” (2003), all of which increased his net worth by a large margin.

In 1997, Warren collaborated with Bob Weir and Rob Wasserman, playing with them in a small club, but it all escalated two years later when he joined Phil Lesh in his band Phil Lesh & Friends. He played in the band for three years, when Phil decided to form The Dead, consisting of the surviving members of the cult rock band Grateful Dead. Warren played in the band until 2008, when he again joined the Allman Brothers Band, but that as well soon ended. For the time being he is focused on his own projects.

Starting in 1993 he released his first solo album, entitled “Tales of Ordinary Madness”, as Warren Haynes Band; under his own name, he has released two more albums “Man In Motion” (2011) and “Ashes And Dust” (2015). However, only a year later after he released his first solo album, Warren formed southern rock band Gov`t Mule, which now consists of Matt Abts, Danny Louis and Jorgen Carlsson, and since then has released 12 studio albums; band`s debut album came out in 1995 “Gov`t Mule”. Three years later a new studio recording saw the light of the day, entitled “Dose”. However, his albums weren`t greeted with much commercial success, but in 2006, the album “High & Mighty” reached No. 3 on the US Independent Album chart. His next albums such as “Mighty High” (2007), “By A Thread” (2009), and “Mulennium” (2010), all reached into top 10 on the charts, which certainly increased further his net worth. Most recently, Warren has released albums “Dub Side Of The Mule” (2015), “Stoned Side Of The Mule Vol. 1 & 2” (2015), and “The Tel-Star Sessions” (2016), among others, which also added a considerable amount to his net worth. 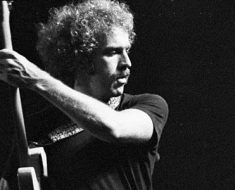 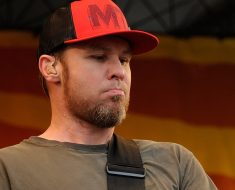 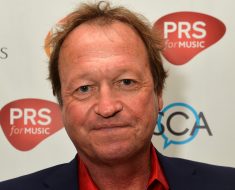 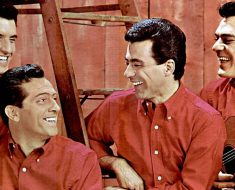