Roger Daltrey is a popular actor and singer. He is mainly known for being a member of the band called “The Who”. Roger is even considered to be one of the most influential musicians of all time. Roger is not only known as a member of “The Who”, but as a solo artist as well. In addition to this Daltrey has appeared in many television shows and movies. Roger has won the Grammy Lifetime Achievement Award, Gold Badge Award, Steiger Award and was also involved in the UK Music Hall of Fame and Rock and Roll Hall of Fame.

If you wonder how rich Roger Daltrey is, it can be said that Roger’s net worth is $65 million. His career as a singer is the main source of this sum of money and it might change in the future.

Roger Harry Daltrey, better known as Roger Daltrey, was born in 1944 in England. Although Roger was a really good student, he did not want to study at a university and decided to focus on music instead. Roger had to work as a sheet metal worker, while during the night he performed at different clubs and pubs. When Roger was still very young, he created the band called “The Detours”, which is now known by the name of “The Who”. They released their first single in 1965, called “I Can’t Explain”. Roger had some arguments with other members of the band, and he was even expelled from the band for a short period of time, but soon he came back to the group and they continued their successful work. Some of the albums released by “The Who” include “My Generation”, “The Who Sell Out”, “Face Dances”, “Endless Wire” and others. These albums, of course, had a huge impact on the growth of Roger Daltrey’s net worth.

As said before, Roger is also known as a solo artist. He released his first solo album in 1973 and it was called “Daltrey”. His solo albums also gained a lot of success and made Roger’s net worth grow further. What is more, Roger not only wrote songs for himself, but he also collaborated with other artists such as Gerard McMahon, Steve McEwan, Barry Gibb, Barbra Streisand and many others.

In addition to this, Roger has appeared in different movies and also performed in theatre. He has appeared in such movies as “Lisztomania”, “Tommy”, “Murder: Ultimate Grounds for Divorce”, “.com for Murder” and many others. All these appearances have made Roger Daltrey’s net worth grow. Also, Roger was a part of writing such books as “I Remember: Reflections on Fishing in Childhood” and “ “Anyway, Anyhow, Anywhere: The Complete Chronicle of The Who 1958-1978”. This added to Roger’s net worth.

Finally, it could be said that Roger Daltrey is one of the most successful and influential musicians in the industry. One should agree that he is really talented as Roger was able to achieve a lot not only in the music industry but in the movie industry as well. Undoubtedly, Roger Daltrey’s net worth will become even higher in the near future. 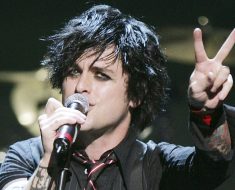 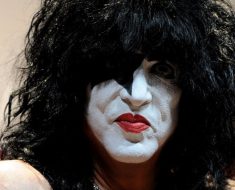 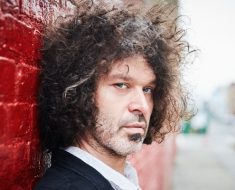