French-born hip-hop dancers, Laurent and Larry Nicolas Bourgeois, became a sensation in 2010 after performing in the San Diego leg of the 2010 World of Dance tour. The video of their particular performance became a hit after it was uploaded on YouTube, as it has been viewed more than 37 million times. Since then, the two have worked with a number of musicians, including Beyonce, Meghan Trainor, Missy Elliott and many others.

Have you ever wondered how rich Les Twins are, as of late 2017? According to authoritative sources, it has been estimated that Les Twins have a total wealth of $4 million, earned through their successful career, active since 2008.

Born in Sarcelles, Vall d’Oise on the 6th December 1988, they have seven older siblings, forming a Guadeloupean family. From an early age they showcased dancing talent, and without a single minute of professional training started break dancing, and when they were 12 years old, began performing in concerts and musicals.

Without education, the two had to fight for themselves in the capitalistic world, and in 2005 started a dance crew called Criminalz Crew, with five other members. After a short period of training and practising, the crew started competing in local dance tournaments and other events, and it was in 2007 that they made their breakthrough by performing at France’s esteemed Avignon Festival in the Pas de Quartier musical.

From 2008, the twins started competing on their own and defeated French street dancers Joseph Go and Meech Onomo in the semi-finals of the dance show Juste Debout. After that, Les Twins featured in the Incroyable Talent, a French version of Britain’s Got Talent, and eventually reached into the finals of the show. Thanks to their initial success, they booked a gig at the Théâtre Trévise in Paris, performing the two-man hip-hop comedy revue “Twins”, for which a choreography was created by their coach Abibou “Playmo” Kébe. This launched them to stardom, and when their video of the World of Dance tour performance in San Diego became a hit, Les Twins were an internet sensation.

Looking to build up from there, they appeared in The Ellen DeGeneres Show in 2010, while in 2011 they reached a whole new level by beating more than 350 dancers at the Juste Debout, which won them the Hip-Hop New Style division award. They were also a part of Beyonce’s tour, following her at the 2011 Billboard Music Awards, then the BET Awards, UK’s Glastonbury Festival, and also in the Good Morning America Summer Concert Series. On board Beyonce they also performed at the Revel Presents: Beyoncé Live concert series in Atlantic City, and were then with Beyonce and her husband Jay-Z on their On the Run Tour in 2014.

Aside from Beyonce, Les Twins have also performed with Missy Elliott, Big Sean and several other music stars, which has also increased their net worth.

They have also traveled the world to pass-on their choreography to a number of other dancers in such countries as Japan, Russia, Italy, USA, Hungary, Poland and many other countries, which has added a considerable amount to their net worth.

Aside from dancing, the two are also respective models; back in 2010, they signed a contract with the NEXT Model Management in Paris, and made their catwalk debut at the Paris Fashion Week, showcasing the work of Jean-Paul Gaultier for Fall 2010 Men’s Collection. Since then, they have appeared in a number of campaigns for such popular brands as H&M, Givenchy, New Era, Hewlett-Packard and others, further increasing their net worth.

Regarding personal lives of the two dance stars, they tend to keep their most intimate details hidden from the public eye, therefore no reliable information is made available about the two, outside their career. 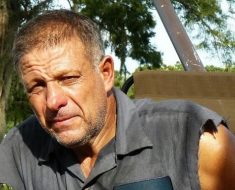 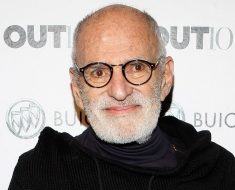 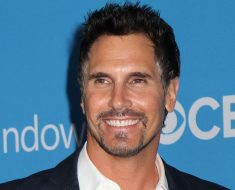