Glenn Raymond Tipton was born on the 25th October 1947, in Blackheath, Staffordshire, England, and is a guitarist, keyboardist as well as a songwriter, who is most famous for being the lead guitarist of British heavy metal band Judas Priest. He is also widely recognized for his rather complex guitar solos, and specific playing style.

Have you ever wondered how much wealth this music veteran has accumulated so far? How rich Glenn Tipton is? According to sources, it is estimated that the total of Glenn Tipton’s net worth as of mid- 2017, exceeds the sum of $25 million, acquired through his prosperous music career which has been active since 1968.

Glenn was one of two children of Olive and Doug Tipton, and attended Olive Hill Primary School. As a teenager his mother put some efforts to teach him how to play the piano, but he was more interested in guitar playing, which he began at the age of 19. Glenn started his music career as a member of Shave ‘Em Dry band which soon after changed its name into Merlin and later to Flying Hat Band. Although they were soon disbanded due to management issues, these engagements provided the modest basis for Glenn Tipton’s today’s rather impressive net worth.

In 1974, Tipton joined Judas Priest, right before the release of their debut studio album, and shortly after the band released their first single “Rocka Rolla” which was followed by an eponymous studio album a month later. Besides contributing with his guitar skills, Glenn was also fwrote several songs, including “The Ripper” and “Prelude”. By the end of the 1970s, Tipton had established himself as one of two band’s principal songwriters, and had also turned their music towards more hardcore sound and heavy metal. All these accomplishments helped Glenn Tipton to massively increase his popularity, as well as his net worth.

In 1980 Judas Priest achieved their real commercial breakthrough after releasing their “British Steel” studio album. The band has since released 11 more studio albums, 17 in total, including “Screaming for Vengeance” (1982), “Defenders of the Faith” (1984) and “Turbo” (1986) which were all certified platinum. In 1993 the band fell apart, and Glenn turned his efforts toward a solo career, and in 1997 he released his solo studio album entitled “Baptizm of Fire”. Although Judas Priest reunited in 1997, in 2006 Tipton released his second and so far the last, solo album “Edge of the World”. It is certain that all these successful ventures have helped Glenn Tipton to add a significant sum to his wealth.

Tipton and his complex technique, abundant with demanding solos and unique playing style, have heavily influenced the entire Judas Priest’s sound and discography. For his great contribution to guitar playing and music in general, Tipton was ranked by the MusicRadar as No. 9 on The 20 Greatest Metal Guitarists Ever list as well as No. 28 by Gigwise on their Top 50 Guitarists list. Doubtlessly, these achievements have only helped Glenn Tipton to further enlarge his net worth.

When it comes to his personal life, Glenn was romantically connected to author Rita Rae Roxx, musician Lita Ford, as well as Alycen Rowse; he is apparently the father of two children, but with whom is unknown. He currently resides in Romsley, Worcestershire, England.

When not playing, writing or recording, Glenn is an avid fisherman as well as a tennis and golf player. 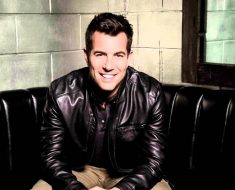 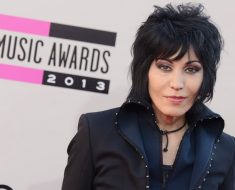 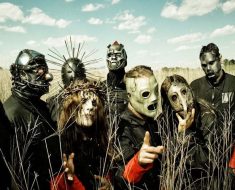