Easton Corbin was born on 12th April 1982, in Trenton, Florida USA, and is a country singer and songwriter who has been releasing singles and albums since 2009. Corbin has had number 1 hits on the Billboard Hot Country Songs right from the start, including the singles “A Little More Country than That” and “Roll with It”.

How much is the net worth of Easton Corbin? It has been reported by authoritative sources that the overall size of his wealth is as much as $4 million, as of the data presented in the middle of 2018. Music is the main source of Corbin’s popularity and modest fortune,.

To begin with, Corbin was raised in Florida; apparently when he was only three years old, he already knew that he wanted to become a country singer. After the divorce of his parents, he grew up on the farm of his grandparents, where he also worked, and was a member of some farmers’ youth organizations. In the meantime, he was a loyal viewer of the country program “Hee Haw”, but from the age of 15 he also had guitar lessons, and when competent enough, he played the lead guitar in a local band. After an audition, he was allowed to take part in a jam festival, which led him to be the support act for well-known artists such as Mel McDaniel and Janie Fricke. Still, he completed his education by graduating from the College of Agriculture at the University of Florida.

Warming up on a cold night!

Concerning his professional music career, he moved to Nashville in 2006 to pursue a career as a country singer. There he managed to get a contract, and eventually released his debut single “A Little More Country Than That” and the EP under the same title both in 2009, with both also reaching No, 1 on the Billboard Country hit lists. In 2010, his single “Roll with It” showed up which also reached these highest positions, and the singles were also somewhere in the middle of the Billboard Hot 100, and were certified gold. The same year he won three American Country Awards, in the categories of the Breakthrough Artist of the Year, Single by Breakthrough Artist and Music Video by Breakthrough Artist. Afterwards, he had several top 10 hits, and over the course of five years, he released three studio albums – “Easton Corbin” (2010), “All Over the Road” (2012) and “About to Get Real” (2015) all of which ended up in the highest positions on the Billboard Country Albums chart. One of his songs “Are You with Me” was remixed in 2015 to a dance version by Belgian DJ Lost Frequencies, plus the single became a worldwide hit with number 1 listings in a several countries. Recently, he released the single “A Girl Like You” (2017) which took the 6th position on Billboard Country, and is a promotional single for his upcoming album.

#DFW, y’all sure know how to party!! Thanks for having me, @mardigrasdfw! pic.twitter.com/3ER3b29HLo

Finally, in the personal life of the singer, he married Briann Corbin in 2006, and they had two children together before the two divorced in 2012. Currently, Easton is single. 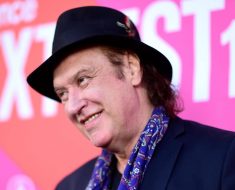