Thora Birch is a multiple-awarded actress born on 11th March 1982, in Los Angeles, California USA, of German, Jewish, Scandinavian and Italian descent. She is probably best known for her breakthrough role in the Academy Award-winning film “American Beauty”(1999), and later in “Ghost World”(2001), “Dark Corners”(2006), “Train”(2008) and “Winter of Frozen Dreams”(2009).

Have you ever wondered how rich Thora Birch is? According to sources, it has been estimated that Thora Birch’s overall net worth is $8 million, acquired through a successful acting career which she started while still a child. She has appeared in numerous films and television shows, which significantly increased her net worth. Since she is still very active in the entertainment industry, her net worth continues to grow.

Thora was the eldest child of former adult film actors Jack and Carol Birch, who have managed her career since the start. As a child during the late ‘80s, Birch began appearing in advertisements for “Burger King”, “Quaker Oats” and “California Raisins” among others, then made her film debut in “Purple People Eater” in 1988, in a role which brought her a Youth In Film Award. She then appeared in “Paradise” with Don Johnson, Melanie Griffith and Elijah Wood, and continued acting during the ‘90s, starring in “All I Want for Christmas”, “Hocus Pocus”, “Monkey Trouble”, “Patriot Games”, “Clear and Present Danger” and “Now and Then”, all of which helped establish her net worth.

In 1996 she was cast in the leading role in the action-adventure film “Alaska”, after which she took a break from acting. She returned three years later, portraying the role of Jane Burnham in “American Beauty”, and being nominated for a British Academy of Film and Television Arts award, and earning several accolades including the Screen Actors Guild Award and Young Artist Award. Thora next appeared in supporting roles in “The Smokers” and “Dungeons and Dragons”, and in 2001 landed the lead role alongside Keira Knightley in the horror film “The Hole”.

The same year, she was cast opposite Scarlett Johansson in another lead role in “Ghost World”, and her performance brought her a nomination for a Golden Globe Award. Thora’s Emmy Award nomination came in 2003 for playing in “Homeless to Harvard: The Liz Murray Story”. She again appeared in horror films in “Dark Corners” and then in the 2008 slasher “Train”, portraying the leading role. Her net worth continued to rise.

When it comes to her more recent ventures, Birch played the lead character and produced the comedy-drama film “Petunia” in 2012, and after dedicating some time to her academic studies, she returned to acting three years later with a recurring role in the TV series “Colony”. During 2017, Thora is set to star in four films, including “The Etruscan Smile” and “Above Suspicion”.

Thora manages to keep her private life away from the public eyes, so there aren’t many details known. However, when it comes to her love life, she has had two public relationships, one with singer Fred Durst and the other with Bill Maher. 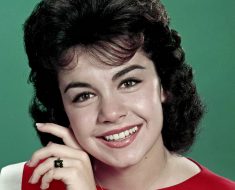 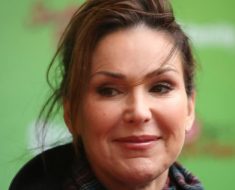 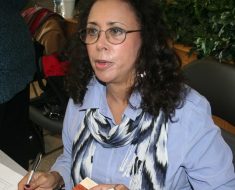 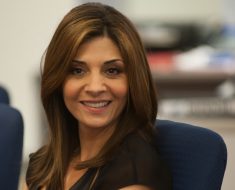