Susan Victoria Lucci was born on 23 December 1946, in Scarsdale, New York State USA, of Italian (mother) and French, Swedish and German (father) descent. She is an entrepreneur, television host, actress, television presenter, as well as an author, but apparently still best known for her role as Erica Kane in the ABC daytime drama “All My Children”. Her career now spans almost 50 years.

Susan Lucci was educated at Garden City High Scholl in New York, and then graduated from Marymount College with a bachelor’s degree in drama.

Lucci’s character Erica in “All My Children” is considered by many to be one of the most famous fictional characters in the history of soap opera. Lucci starred together with Ruth Warrick, with whom she soon became best friends and even soul mates. The popularity of the show, as well as its positive acceptance by the public, gained Lucci nominations for the Outstanding Lead Actress in a Drama Series, that she has received almost every consecutive year since 1978, and consequently became almost notorious for never winning one, however, Lucci’s unsuccessful streak was ended in 1999, when after eighteen nominations she finally received a hard-earned award. The legendary “All My Children” show was cancelled in 2011, after 41 years of airing, which is something Susan Lucci has criticized the president of ABC Daytime Brian Frons for in her book “All My Life”.The ending also cut short Lucci’s considerable income from the series, but her net worth was very healthy.

Despite being mostly known for her role of Erica Kane, Susan Lucci has managed to contribute to her net worth by making appearances in a variety of other television shows and movies. One of her first roles outside of “All My Children” was in a comedy film directed by Garry Marshall called “Young Doctors in Love”, in which she co-starred with Sean Young and Michael McKean.

In 1986, Lucci starred in the notable “Anastasia: The Mystery of Anna” with Amy Irving and Christian Bale, a film that won both Emmy Awards and Golden Globe Awards and brought Susan Lucci additional revenue. Lucci then went on to appear in “Ebbie” with Wendy Crewson, a musical staged by Irving Berlin – “Annie Get Your Gun”, “That’s So Raven”, as well as the comedy sitcom “Hope & Faith”. All contributed to her net worth.

Some of Susan Lucci’s most recent roles include an appearance in the documentary television series “Deadly Affairs”, of which Lucci is a host, as well as the comedy-drama series “Devious Maids”, in which she co-stars with Ana Ortiz, Dania Ramirez and Tom Irwin. Lucci also took part in the seventh season of the famous dancing competition “Dancing with the Stars” in 2008, but was eliminated after taking sixth place on the show.

Lucci, who is a recipient of such awards as People’s Choice Awards, Soap Opera Digest Awards, as well as Ride of Fame Award, has been notable in the entertainment industry; she has been involved in more than 30 films and TV productions.

In her personal life, Susan Lucci has been married to Helmut Huber since 1969, and they have a daughter and a son. 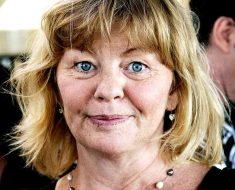 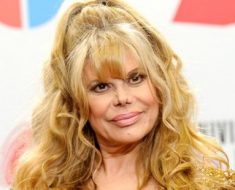 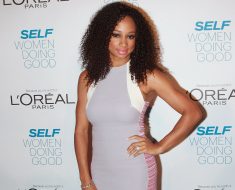