Sheree Buchanan was born on 10 March 1971, in Duluth, Georgia and is a reality television star best known for her appearances in ‘’Amazing Race 4’’ and ‘’Atlanta Exes’’.

So just how rich is Sheree Buchanan as of mid-2017? Authoritative sources estimate that Buchanan’s net worth is as high as $1 million, accumulated from her appearances in the previously mentioned reality shows. In addition, she has recently become a company owner.

Sheree graduated with a bachelor’s degree in Journalism from the University of Louisville, Kentucky, where during her college days Buchanan worked in the television production industry.

However, her career as a reality television personality began in 2003. She was one of the contestants in the fourth season of ‘’The Amazing Race’’, in which she teamed up with Monica Ambrose.

The show was critically acclaimed and eventually won an Emmy award. Thus Sheree caught the attention of the media. Later on, she went on to make an appearance in ‘’Life After’’ a documentary television show in which celebrities recall the turning moments in their lives and careers.

As of the more recent past, Sheree starred in ‘’The Atlanta Exes’’, a reality show which is a spin-off of ‘’Hollywood exes”, and gathered five ex-wives of big Atlanta celebrities. Some of Buchanan’s co-stars were Tameka Raymond, Usher’s ex-wife and Christina Johnson, CeeLo Green’s ex-wife. The show was running since August 2014 until September of the same year and was broadcast on VH1. As of today, Sheree is an entrepreneur and co-owner of dessert catering company, alongside being the owner of a business specializing in custom bedazzled hookah pipes.

In her personal life, Sheree has been married twice. Her first husband was Ray Buchanan, a former American Football player. Their relationship started during college, with the couple marrying in their junior year, but struggled with their finances. Buchanan has four children from that marriage – Destinee, Ray Jr., Jade and Baylen, with Ray going on to be selected into a football team and was able to provide for his family. Sheree often spoke about how being rich changed her life for the better, but has a negative side to it as well. In ”Atlanta Exes”, Sheree discussed her life and struggles as a working mother, especially since divorcing Ray. Buchanan was then dating Corey Gamble for three years, but the couple eventually broke up. However, she caused a lot of drama when she openly warned Corey’s new girlfriend, Kris Jenner, about his ‘greed for money and power’ and his problematic behavior. Without going further, the drama ended there, but it is publically known that Sheree isn’t on good terms with her ex-husband. In 2015, she filed a lawsuit in the family court in Georgia, accusing him of not paying his child support obligations.

Buchanan wasn’t on good terms with her father either – in “Atlanta Exes”, she went ona search for him after not speaking to him for 15 years. Both of Buchanan’s sons ended up working in the sport industry. As of the more recent past, she has married Andy Johnson, a founder of Quieti Apparel. 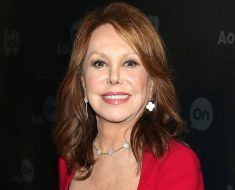 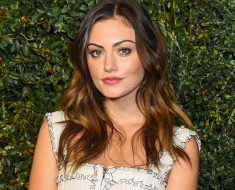 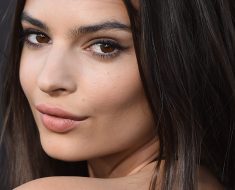