Outkast was formed in 1991, in Atlanta, Georgia USA, consisting of rappers Andre “Andre 3000” Benjamin, and Antwan “Big Boi” Patton. They are a hip hop group, best known for their critical success in the 1990s and the 2000s – some of their most popular songs include “Hey Ya!”, “Ms Jackson”, and “Player’s Ball”. They helped popularize Southern hip hop, and are considered one of the most successful hip hop groups of all time. All of their efforts have helped put their net worth to where it is today.

How rich is OutKast? As of late-2017, sources estimate a net worth that is at $5 million, mostly earned through success in the music industry, and as they continue their endeavors, it is expected that their wealth will also continue to increase.

Patton and Benjamin met at a shopping mall in 1991 and became friends – they both attended Tri-Cities High School and were very active in participating in rap battles during school breaks. The two then decided to team up, and were pursued by local producers Organized Noize; they settled on the name OutKast, before signing as a part of LaFace Records before matriculating. They became the label’s first hip hop act, and would appear in collaborations with TLC. In 1993, they released their first single entitled “Player’s Ball” which reached the top of the Billboard Hot Rap Tracks chart, which led to the release of their debut album entitled “Southernplayalisticadillacmuzik”, which became highly successful, and they would win a Source Award for “Best New Rap Group, helping their net worth increase significantly.

Due to the success of their debut album, OutKast was given more money and creative control for their next album. They changed their image and began performing live more frequently. In 1996, they released their second album entitled “ATLiens” which would become a double platinum success, leaning more on the influences of reggae and dub, and reaching third spot on the Billboard top R&B/Hip Hop charts, and the single “Elevators (Me & You)” spent 20 weeks as a part of the Billboard Hot 100. They started to produce more of their own songs and adapted more futuristic personas, and two years later, they released another album entitled “Aquemini”, which also became double platinum, reaching second spot on the Billboard 200 album chart, and delved into more genres including electro. They also explored more eclectic subject matter, and released the controversial song “Rosa Parks”.

Their next album “Stankonia” was also released to positive reviews, but this time appealed more to mainstream music. The album included the songs “B.O.B (Bombs Over Baghdad)” and “Ms. Jackson”, and would receive quadruple platinum certification. They spent two years working on the next album entitled “Speakerboxxx/The Love Below”, which is two solo albums packaged under a single release and would become the duo’s biggest commercial success, selling over five million copies, certified diamond in 2004, and winning a Grammy Award in the same year. The duo then started to work on the film entitled “Idlewild” which was released alongside an album of the same name which also found success, certifying platinum. The group then went on hiatus in 2006, as the two members started to focus on solo as well as collaborative work. In 2014, they reunited to perform at the Coachella Valley Music and Arts Festival.

For their personal lives, it is known that Patton married Sherlita in 2002, and they have three children, one of whom is from Patton’s previous relationship. Not much is known about Andre’s current romantic relationships, but he is very active in animal causes. He was also previously a vegan, but gave it up in 2014. 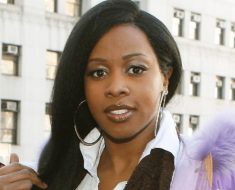 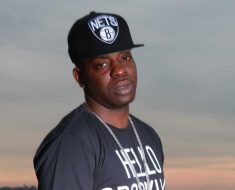 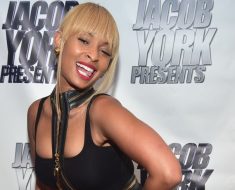