Mark Daniel Ronson was born on the 4th September 1975 in St. John`s Wood, London UK, and is of Jewish ancestry. Mark Ronson is a famous DJ, singer and record producer, best known for his collaboration with other musicians such as Bruno Mars, Christina Aguilera, Amy Winehouse, Lilly Allen, and Robbie Williams, among others. He has been active in the music industry since the 1990s.

Have you ever wondered how rich Mark Ronson is? According to sources, it has been estimated that Mark Ronson`s overall net worth is $4 million, an amount he owes mostly to his career in the music industry.

Mark was born into an Ashkenzi Jewish family, and was raised as a Masorti Jew; he had a Bar Mitzwah when he was 13 years old. Mark`s grandfather had changed the family name from Aaronson to Ronson. Mark has two younger twin sisters, Samantha, who is also in the music industry and Charlotte, who is a fashion designer. His parents divorced, when he was still a child, and his mother married to Mick Jones, a guitarist of the band Foreigner, which resulted in a move to New York, USA, where Mark attended the private Collegiate School in Manhattan, and then enrolled at Vassar College, and later graduated with a degree from the Tisch School of Arts of New York University.

Mark`s career began while he was still in NYU, working as a DJ in New York City`s clubs, and he even managed to charge around $50 for a night, which became his main source of net worth in those years. Mark began slowly to build up his career, and eventually made contact with singer Nikka Costa, which resulted in producing Nikka`s song “Everybody Got Their Something”. Mark soon signed a contract with Elektra Records, and in 2003, he released his debut album, entitled “Here Comes The Fuss”, on which he collaborated with musicians such as Sean Paul and Ghostface Killah.

Although the album failed in sales, it received positive critiques, but Elektra Records decided to wave Mark. Nevertheless, he stayed in music, as he founded his own record label Allido Records, as a part of the larger label Sony BMG. Before releasing his second album, Mark focused on a cover of the song “Stop Me If You Think You`ve Heard This One Before”, which was performed by The Smiths. The song was released in April 2007, under the title “Stop Me”, and reached No. 2 on the UK Singles Chart.

His second album was released in June 2007, entitled “Version”, and it reached No. 2 on the UK Album Charts in its first week, increasing his net worth to a large degree. The album also spawned collaborations with musicians such as Lily Allen on the song “Oh My God”, “The Only One I Know” which was sung by Robbie Williams, and Daniel Merriweather whose vocals can be heard on the song “Stop Me”.

Mark has released two more studio albums: “Record Collection” (2010), which peaked at No. 2 on the UK Album charts, and “Uptown Special” (2015), which is dedicated to Amy Winehouse, which became his first and so far only album to hit the No. 1 on the UK Album charts. The album featured the previous hit single “UpTown Funk”, which managed to reach the No. 1 on both the UK and US single charts, and was sang by Bruno Mars, which increased Mark`s net worth by a large margin. So far, Mark has released 4 studio albums, however he has worked as a producer on albums of such famous musicians like Adele, Daniel Merriweather, Lil Wayne and others.

Mark has also been recognized as a supporter of the PETA, as he participated in the “Please Don`t Wear Any Fur” campaign. One more thing about Mark, he is an avid fan of the English Premier League Team Chelsea F.C, and is also a fan of the New York Nicks basketball team. 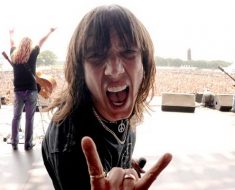 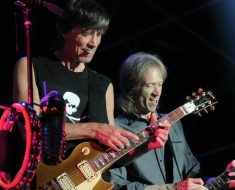 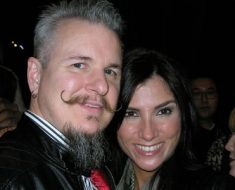