Lis Wiehl was born on 19 August 1961, in Yakima, Washington State USA, and is an author and former legal analyst, best known for her contributions to Fox News. She also serves as an adjunct professor at New York Law School, and formulates legal commentary on the radio, but all of her efforts have helped put her net worth to where it is today.

How rich is Lis Wiehl? As of early-2018, sources inform us of a net worth that is at $1 million, earned through success in her various endeavors. She’s also appeared on various television shows, and is a part of several podcasts. As she continues her career, it is expected that her wealth will also continue to increase.

Lis attended West Valley High School, and after matriculating attended Barnard College, graduating in 1983 with her bachelor’s degree before going to the University of Queensland to complete a Master of Arts in Literature, then finishing her formal education with a Juris Doctorate from Harvard Law School in 1987.

Wiehl began her work in the US Attorney’s office where she was a prosecutor. She then became a legal correspondent for National Public Radio on the program “All Things Considered”, steadily increasing her net worth. She was subsequently involved during the President Clinton impeachment process as the deputy chief investigative counsel for Democrats on the House Judiciary Committee, before in 1995 becoming a tenured law professor at the University of Washington School of Law in Seattle, where she ran the Trial Advocacy Program. She then became an associate professor, and started working for Fox News as a legal analyst in 2001, with her net worth increasing further thanks to her work on television. She would serve as a part of Fox News for 16 years, becoming a part of shows such as “The O’Reilly Factor”, “Your World with Neil Cavuto”, and “The Kelly File”. She was also a part of “Lou Dobbs Tonight”, and various Imus morning shows, but concurrently continuing her work on radio, on the “The Radio Factor” and hosting “Legal Lis”. She also has the podcast entitled “Weihl of Justice”.

She has also become known for writing various fiction books. One of her earliest works is the “Triple Threat” series which began in 2009 and spans four books. Other series she has written include “The East Salem Trilogy”, “Mia Quinn Mysteries” and the “Erika Sparks Series”. She’s also written nonfiction books as well, including “The Truth Advantage: The 7 Keys to a Happy and Fulfilling Life”, and “Winning Every Time: How to Use the Skills of a Lawyer in the Trials of Your Life”, all contributing to her net worth.

Lis now also works as a part of the New York Law School service, as an adjunct professor.

For her personal life, it is known that Weihl married lawyer Mickey Sherman in 2006 but their marriage ended six years later; they have two children together. In 2017, Weihl made sexual harassment allegations against Bill O’Reilly which resulted in a $32 million settlement. This was a personal issue that didn’t involve Fox News. According to the allegations and affidavit, there were “incidents of repeated sexual harassment, a non-consensual sexual relationship, and sexually explicit e-mails”. 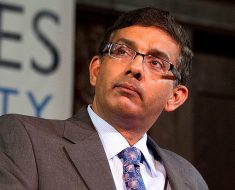 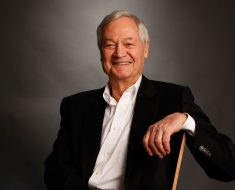