Born David Andrew Burd on the 15th March 1988 in Cheltenham Township, Pennsylvania USA, he is a rapper who goes under the stage name of Lil Dicky, best known to the world for his hit song and music video “Ex-Boyfriend”, which amassed over one million views on YouTube the day it was released. He uses comedy to bring attention to himself, and is often credited as one of the best comedians among rappers.

Have you ever wondered how rich Lil Dicky is, as of late 2017? According to authoritative sources, it has been estimated that Dicky’s wealth is as high as $4 million, an amount earned through his successful career as a rapper, active since 2013.

Born to Jewish parents, Lil Dicky, when speaking about his childhood and school days, told the media that he wasn’t very popular, and focused more on education than on social life. He went to Cheltenham High School, after which he enrolled at the University of Richmond. Following his graduation and earning summa cum laude honors, Lil Dicky found a job at the advertising agency Goodby, Silverstein & Partners as an accountant, but meantime used his creativity and love for rapping to create a video in which he rapped a monthly progress report of the company, which resulted in him being appointed to the company’s advertising department. He became the company’s main copywriter, and was involved in creating such ads as the NBA’s “BIG” campaign; his net worth was well set.

His love for music prevailed in 2011 when he started working on his first recording material; as he still held his job at the advertising agency, Lil Dicky took two years to finish his mixtape, which was out in May 2013. His song “Ex-Boyfriend” became a huge hit on YouTube, after it amassed more than one million views in less than 24 hours on the popular video sharing network. He continued with his musical career, but in order to support it he started a Kickstarter campaign, and set the goal of $70,000. Within a month, Lil Dicky had more than enough to continue making music and videos as his campaign reached $113,000. In 2014, Dicky made his first live performance, as he made his debut at the Theatre of Living Arts event in Philadelphia, which only helped him increase his popularity, and wealth as well.

The following year, Lil Dicky started working on his debut studio album, “Professional Rapper”, which came out in July, and featured such rappers as T-Pain, Brendon Urie, Rich Homie Quan and Snoop Dogg, among others, which only helped the album reach a massive number of fans, and achieve gold status in the USA, also topping the US Rap, US Indie and US Comedy charts, while it peaked at No. 7 on the US Billboard 200 chart, which added a substantial amount to Lil Dicky’s wealth.

Lil Dicky has become one of the most prominent rappers, which has earned him a spot in the XXL Magazine’s 2016 Freshmen line-up, next to such musicians as Kodak Black, Anderson .Paak, Lil Uzi Vert and Lil Yachty, among others.

Most recently, Lil Dicky worked on an EP, which came out in September 2017 – “Brain, I’m Brain” – under his alter ego Brain, concurrently creating a music video for his song “Pillow Talking” – the video itself became the 49th most expensive music video ever, mostly thanks to the special effects that Dicky used.

When it comes to his personal life, Lil Dicky is currently single, though in the past he dated a girl named Molly, to whom he even dedicated a song and music video, which has since become quite popular on YouTube. 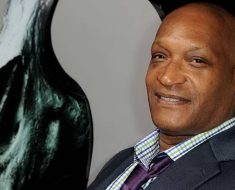