Danielle Riley Keough was born on 29 May 1989, in Santa Monica, California USA, the daughter of singer-songwriter Lisa Marie Presley and musician Danny Keough, and the granddaughter of actress Priscilla Presley and the legendary rock ‘n’ roll singer Elvis Presley. She is an actress and model, perhaps best known for her roles in the films “The Runaways”, “Magic Mike”, “The Good Doctor” and “Mad Max: Fury Road”.

So just how wealthy is Riley Keough as of late 2017? Sources state that Keough has established a net worth of over $20 million, acquired through her modeling and acting career which began in 2004, when she was just 15.

Keough entered the modeling world during her teenage years, making her first appearance on a runway for Dolce & Gabbana in 2004, then in 2006 she appeared on the catwalk at the prestigious Victoria’s Secret Fashion Show. She went on to appear on the cover of Vogue, along with her mother and grandmother, and also on the cover of the French, UK and Japanese issues of Elle. Keough has featured in a number of major magazines during her modeling career, such as L’Officiel, Jalouse, Harpers Bazaar, Nylon, Telva, Vanity Fair, Russh, Zoo, Flaunt and Pop, and had photo spreads in Vogue UK, Vogue Russia and Tatler Russia issues. In 2009 she was involved in a campaign for Mango in Spain, but all these activities contributed to her net worth.

The following year Keough began pursuing her acting career, making her film debut in the supporting role of Marie Curie in the biographical drama “The Runaways”, based on the ’70s rock band of the same name. The following year she was cast in the lead role of patient Diane Nixon in the thriller film “The Good Doctor”, starring Orlando Bloom and Taraji P. Henson. Her popularity in the film industry rapidly grew, and her net worth rose further, too.

Keough replaced actress Olivia Thirlby as the protagonist Jack in the 2012 horror film “Jack & Diane”, and played young stripper Nora in the 2012 comedy/drama film about a group of male strippers called “Magic Mike”. Also in 2012 she played Anne in the vampire film “Kiss of the Damned”, and co-stared as Young Amanda in the drama film “Yellow”. All added to her wealth.

In 2015 she took the starring role as Capable in the fourth installment of the Mad Max franchise, “Mad Max: Fury Road”, which won a number of nominations, and the same year she starred as Rachel in the crime drama “Dixieland”. The year 2016 was very productive too for the young actress; she took the starring role as Sarah in the drama “Lovesong”, and then as Krystal in the drama road film “American Honey”. Keough subsequently starred as Christina Reade, a law student intern who also works as a high-end escort, in the television drama series “The Girlfriend Experience”, earning rave reviews for her performance and improving her net worth as well. In mid-2016 she was cast in the drama film “We Don’t Belong Here”, then the comedy “Logan Lucky”, and the horror “It Comes at Night”, indicating her versatility and popularity with directors and audiences. She also appeared in “The Discovery”, and most recently in “Welcome the Stranger” with Abbey Lee and Caleb Landry Jones, “Hold the Dark” directed by Jeremy Saulnier,, plus “The House That Jack Built” directed by Lars Von Trier, all currently in post-production. No doubt her net worth continues to grow.

When it comes to her personal life, Keough was engaged to actor Alex Pettyfer, but after their separation, she married stuntman Ben Smith-Petersen in 2015. 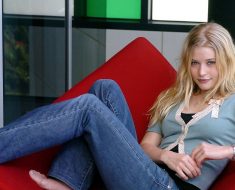 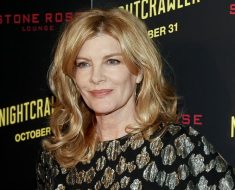 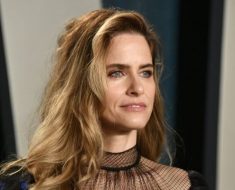