Carnie Wilson was born on the 29th April 1968, in Bel Air, California, USA. She is a singer, who is best known for singing with the pop band Wilson Phillips during the late 1980s and early 1990s. She is also recognized as a TV host and actress, best known for her roles in films such as “The Talk”, “Bridesmaids”, “Rachael Vs. Guy: Celebrity Cook-Off” etc. She has been active in the entertainment industry since 1989.

Have you ever wondered how rich Carnie Wilson is? It is estimated from sources that the overall amount of Carnie’s net worth is over $24 million as of early 2016. Her careers in music and actress have earned her a big part of her wealth over time. Additional to this, Carnie has appeared as a TV host in various TV shows, and this has also added to her net worth. Another source of her wealth is coming from selling her autobiographical book.

Carnie Wilson was brought up in a musical family by her father, Brian Wilson, the driving force behind the group The Beach Boys, and mother, Marilyn Rovell, who was also a singer. Under the influence of her musical surrounding, Carnie started showing singing skills very early. As a teenager, her career began in 1989, when she started the music group Wilson Philips, together with her friend Chynna Phillips and her sister Wendy. They managed to release two albums, before disbanding in 1993, selling around 12 million album copies in total, which greatly increased Carnie’s net worth. Afterwards, she and her sister continued making music, and released the Christmas album “Hey Santa!” in 1993, and then collaborated with their father and released the album “The Wilsons” (1997), but it failed to chart. Anyway, the group Wilson Phillips reunited in 2004, and since then, they have released three more albums, “California” (2004), “Christmas In Harmony” (2010), and “Dedicated” (2012).

Additionally in her music career, in 2006 Carnie released an album which consisted only of lullabies, entitled “A Mother’s Gift: Lullabies From The Heart”, and has also released a solo Christmas album, entitled “Christmas With Carnie”, adding to her net worth.

Apart from her successful music career, Carnie is also a respected television host, starting in 1995, when she served as a host of the talk show “Carnie”, until 1996. Five years later, she was selected to guest star in the popular TV series “Sabrina, The Teenage Witch” and “That 70s Show”. In 2006, she was a part of the “Celebrity Fit Club”, aired on VH1. To speak further of her accomplishments in the entertainment world, she was a host of the Newlywed Game from 2009 until the end of 2010, and she was also a part of the reality show “Celebrity Wife Swap”, in which she traded places with Tracey Gold.

In 2011, Carnie, her sister Wendy and Chynna were a part of the reality TV series “Wilson Phillips: Still Holding On”, which focused on their reunion and success of the band. Carnie also had her own reality show “Carnie Wilson: Unstapled”, which also increased her net worth. Most recently, Carnie is serving as a special guest host of the popular talk show “The Talk”, and there is a possibility she would become a regular host of the show.

When it comes to her personal life, Carnie Wilson has been married to Rob Bonfiglio, the guitarist of Blush, since 2000, and the couple has two daughters. Although, Carnie has a huge problems with her health because of her obesity, she has written his autobiography about it, entitled “Gut Feeling: From Fear and Despair to Health and Hope”, published in 2003. In March of 2013 she was diagnosed with Bell’s palsy, a paralysis of facial muscles – treatment is continuing. 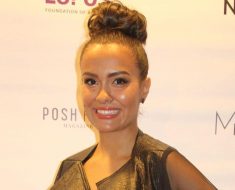 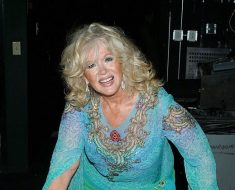 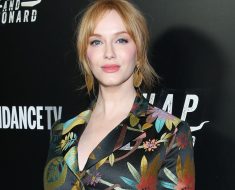 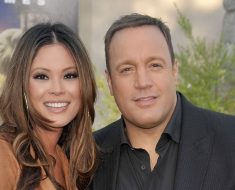 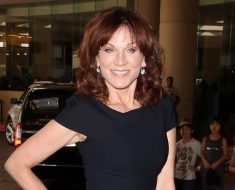