Brian Cox was born on 1st June 1946, in Dundee, Angus, Scotland, the only son and youngest child in the family of seven born to Roman Catholic parents of Irish and Scottish ancestry. Cox is perhaps best known for his movie appearances and theatre roles – he was the first to portray the infamous killer, Hannibal Lecktor in the 1986 movie ‘’Manhunter’’. His talent is widely recognized, thus the actor has been nominated for numerous awards.

So, just how rich is this Scottish actor as of mid-2017? Authoritative sources report that Brian Cox’s net worth is as high as $8 million, accumulated from his five decades-long acting career.After his father’s death and several mental breakdowns of his mother, Brian’s four sisters decided to take care of him. He attended St Mary’s Forebank Primary School and St Michael’s Junior Secondary School, meantime joining Dundee Repertory Theatre when he was only 14 years old. Having found a job for himself, Cox decided to drop out of school at the age of 15, which in hindsight opened the door for opportunities and the development of Brian’s career on a higher level.

At the age of 17, Brian enrolled into the London Academy of Music and Dramatic Art, eventually leaving to join the Royal Lyceum Theatre in Edinburgh, Scotland in 1965. These formative acting days were marked by his roles in ‘’Peer Gynt’’ and ‘’As You Like It’’, before he made his London debut in thr latter play at the Vaudeville Theatre. Brian’s first television role was in an episode of ‘’The Wednesday Play’’, after which the actor got several smaller roles, until he took the lead role in ‘’The Year of the Sex Olympics’’ – a critically praised play broadcast on BBC2.

In the late ‘70s Cox portrayed characters in many television dramas, amongst which the most acknowledged was his portrayal of King Henry II of England in ‘’The Devil’s Crown’’, followed by his big screen breakthrough was the role of Leon Trotsky in ‘’Nicholas and Alexandria’’ in 1971. Cox’s success was developing furthermore and he would eventually spend the seasons in the National Theatre and the Royal Shakespeare Company for over a decade. One of his noted appearances in the former was the portrayal of Titus Andronicus in the play of a same title – critics agreed that this role had been one of his finest works and the actor himself went even further, calling it the greatest stage performance he had ever given. He also played Petruchio in ‘’The Taming of the Shrew’’, and in 1983 King Lear from Shakespeare’s play of the same title. All added steadily to his net worth.

Brian went on to play Hannibal Lecktor in ‘’Manhunt’’ -tThe character’s name would later be changed into Lecter. The year of 1984 brought him another notable role, the Royal Ulster Constabulary officer, Inspector Nelson, for which he awarded with ‘Best Actor in a New Play’. During this period, Brian also played numerous roles in the movie and TV genres, gaining recognition in the acting industry. In 1995, he appeared in “Rob Roy” and “Braveheart”, and his most acknowledged radio characters include James McLevy and Bob Servant, a Dundonian comic character.

He went on to appear in the widely recognized horror movie ‘’The Ring’’ followed by roles in‘’X2’’ and ‘’Troy’’ – his portrayal of King Agamemnon was marked as outstanding by the movie experts. In 2001 Cox played the pedophile Jon Harrigan in ‘’L.I.E’’, with critics agreeing that Brian’s performance added significantly to the movie, and it won him a Satellite Award for Best Actor – Motion Picture Drama, plus nominations for several other awards. He subsequently appeared in ‘’25th Hour’’, ‘’Super Troopers’’ and ‘’Red Eye’’ and as a protagonist, and Frank Perry in 2005 film ‘’The Escapist’’, among many other successful movies.

The number of his movie and TV show appearances was continuously increasing during this period of time, and he went on to play many movie and TV series roles, including in ‘’The Day of the Triffids’’, ‘’Law and Order’’, ‘’Doctor Who’’ and ‘’The Rise of the Planet of Apes’’, continuing on as an actor today.

In his personal life, Cox has been married twice. He has two children, Margaret and Alan from his marriage with Caroline Burt (1968-86), and remarried in 2002 to Nicole Ansari and has two sons with her.

His charity work is widely recognized. He is a financer of the Scottish Youth Theatre among many other organizations. 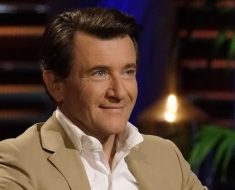 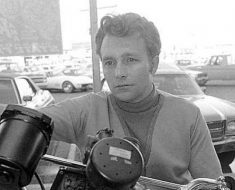 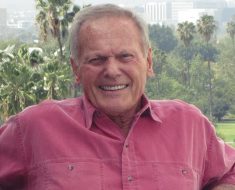