Brandi Leigh Passante was born on the 16th May 1980, in Harris County, Texas USA, and is a storage hunter and reality star. She is most famous for taking part in the A&E reality television show “Storage Wars” in which she appears alongside her long-term partner Jarrod Schulz. Passante and Schulz are also the founders and owners of “Now and Then” second hand store, located in Orange County, California.

Have you ever wondered how much wealth this “thrift store expert” has accumulated so far? How rich Brandi Passante is? According to sources, it is estimated that the total amount of Brandi Passante’s net worth, as of early 2017, is $3 million and it includes the co-ownership of the 3000-square feet thrift store mentioned above. It has all been acquired primarily through the “Storage Wars” reality show.

Despite widespread opinion, Brandi Passante and Jarrod Schulz are not married, at least – not officially. Their relationship has lasts for more than 16 years, during which they got two children. It all started in 1999, when they met while both working in a carpet-cleaning company. They first became involved in the mortgage business, but later transferred to abandoned storage auctions. They first launched their store from their home in Lake Forest, California, but the business expanded to the 3000-square feet “Now and Then” thrift store in Orange County, California. And the rest… it’s history…

At the beginning of the “Storage Wars” reality show, in late 2010 Brandi and Jarrod were marked as “The Young Guns” – the participants with the lowest financial power. However, throughout the eight seasons of the show and over 180 episodes, Brandi and Jarrod have shown their skills and knowledge and managed to become heavy hitters. The “Storage Wars” system is very simple – watch but don’t touch and bid, bid, bid! The highest bid wins – simple as that. Judging by Brandi Passante’s overall net worth of $3 million, she understands the game.

Although they bid as one, Jarrod and Brandi’s bidding styles are quite different; while he bids by excitement, Brandi has a “take no prisoners” attitude, she is calm and clever and bids only when she assumes that she can sell the catch profitably and quickly. These differences made them the perfect couple for the show. Brandi Passante’s skills have brought her huge popularity among the show’s audience as well as an impressive boost to her overall net worth.

Due to their popularity as well as increased revenues, Brandi and Jarrod have managed to expand their thrift empire by opening another store, this time in Long Beach, California in 2013. However, after less than a year, they decided to close it down in order to cut back the high expenses of running the business. In 2014, A&E began airing a spin-off show “Brandi and Jarrod: Married to the Job”. The show follows the everyday life of the two “Storage Wars” stars, and their daily struggle with personal as well as business obligations. It is certain that this engagement has dramatically increased Brandi Passante’s overall net worth. 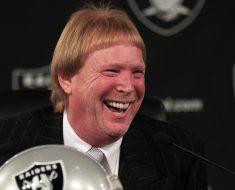 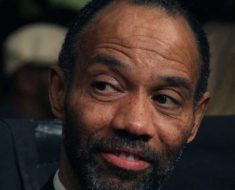 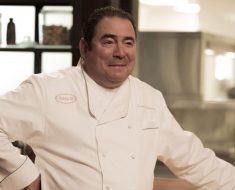 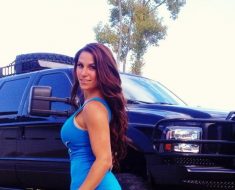 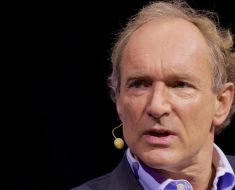