Elizabeth Natalie Schram was born on 17 July 1968, in Mountainside, New Jersey USA, and is an actress, best known for being part of the television series “Monk” playing the character Sharona Fleming. She’s also made many guest appearances on television, and all of her efforts have helped put her net worth to where it is today.

How rich is Bitty Schram? As of mid-2017, sources inform us of a net worth that is at $2.5 million, mostly earned through a successful career in acting, – she’s been active in the industry since the early 1990s. She’s also appeared in numerous films over the course of her career, and as she continues her work, it is expected that her wealth will also continue to increase.

Bitty grew up having a passion for acting. She attended the University of Maryland and studied advertising design on a tennis scholarship, and after graduating decided to pursue a career in acting, pursuing roles on stage, while also looking for roles in film and television. She started to gain prominence when she took part in the film “A League of Their Own” which was directed by Penny Marshall, playing the character of Evelyn Gardner who was the Rockford Peaches’ right fielder; the film tells a fictionalized account of the All American Girls Professional Baseball League (AAGPBL), with other actors including Tom Hanks, Madonna and Geena Davis. In 1993, Bitty then became a part of the Broadway production “Laughter on the 23rd Floor”, a play by Neil Simon which ran for two years.

In 2002, Schram joined the series “Monk” which is aired on the USA Network, playing a major role and acting opposite Tony Shalhoub. The mystery series focuses on the character Adrian Monk and is a police procedural series, which proved to be very successful and was the most watched show until the record was broken by “The Walking Dead”. However, during the third season, Schram was released and the network released a statement that they were heading in a different creative direction for their characters, although it was later reported that several of the supporting cast members of the show including Schram tried to renegotiate their contracts leading to her being released. Schram reprised her role in an episode of the final season in 2009.

Since leaving the show, Bitty has made guest appearances in other shows, such as “Thief” and “Ghost Whisperer”. She also continued to do film work, with some of her most notable roles including the film “A-List” and “Moments of Clarity” which starred Lyndsy Fonseca. Bitty was included in the Maverick Movie Awards nomination for Best Ensemble Acting for the film. She has also continued stage acting, appearing in the off-Broadway productions of “One Acts” and “Blackout”, and was also a part of the production “Slow Dance on the Killing Ground”.

For her personal life, there is no information regarding romantic relationships. It is known that Schram has four other siblings, and that her parents divorced when she was 10 years old. 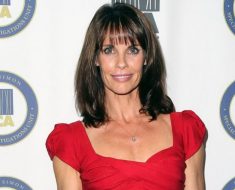 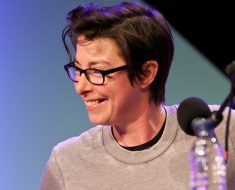