Barry Alan Pincus was born on 17 June 1943, in Brooklyn, New York USA of Jweish and Irish-American descent, and as Barry Manilow – his mother’s maiden name – is known as a singer, record producer, musician, film score composer, as well as an actor. Barry Manilow is perhaps best known for his hit singles including  “Copacabana (At the Copa)”, “Can’t Smile Without You” and “Mandy”.

So just how rich is Barry Manilow? Sources estimate that Barry Manilow’s net worth is $80 million, accumulated during his lengthy multi-talented career in the music industry, beginning in the mid-60s.

Barry Manilow studied at the Eastern District High School. then in 1961 enrolled in the Juilliard Performing Arts School, while working at CBS to pay his expenses, prior to his professional singing career, then meeting a CBS director who gave him an offer to create several songs for a musical. Manilow’s compositions enjoyed large success and he then decided to pursue a career in composing. Manilow worked as a producer, musical director, as well as a jingle writer.

Barry Manilow initial talent was shown as a pianist and arranger, and he was given a break by Bette Midler, assisting her in several songs and performances, before releasing his debut single “Mandy” in 1971 that peaked at #12 on the UK Singles Chart and resulted in many versions of the song being covered by other artists. In 1972, Barry Manilow released his self-titled debut album, which was then re-released in 1975 and renamed to “Barry Manilow I”. The remastered version peaked at #28 on the Billboard 200 chart, while the single “Could It Be Magic” reached #6. Another single that came to be successful from the same album was “Can’t Smile Without You”. The song too was re-released and was even featured on the soundtracks of such movies as “Deuce Bigalow: Male Gigolo” with Rob Schneider, Adam Sandler and Eddie Griffin, “Unconditional Love” with Kathy Bates, and “Starsky and Hutch” with Ben Stiller and Owen Wilson. All these projects resulted in a solid start to his net worth.

“Copacabana” was released in 1978 as a hit single of Manilow’s 5th studio album “Even Now”, which reached the certification of triple platinum. The song peaked at #8 on the Billboard chart and reached #22 on the UK Singles Chart. “Copacabana” was then remixed, re-released and even recorded in Spanish language due to its large commercial success. Again, these produced a significant addition to his net worth. So popular had Barry Manilow become that in that year 1978, five of his albums were on the US best-seller charts simultaneously.

Barry Manilow continued to produce albums over the years, and so far has released 29 studio albums, 15 compilation albums and four soundtrack albums. In 2006, following the success of his many other albums, Manilow released “The Greatest Songs of the Fifties”, which turned out to be an incredible hit in the US, as it peaked at #1 and sold over 150,000 copies during its first week.

Manilow has also made several on-screen appearances, including the “Tonight Show”, a variety show called “Donny & Marie”, “Ally McBeal”, “Family Guy”, and more recently “An Audience With…” and “The Diane Rehm Show” with Diane Rehm. Barry Manilow’s contributions to the music industry have been rewarded with two Emmys, a Grammy for “Copacabana”, “American Music Awards” and the RIAA award.

In his personal life, Barry Maniow was briefly married to Susan Deixler in the early 60s. In 2014, he married his long-time manager and partner Gary Kief. 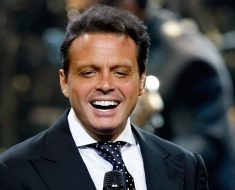 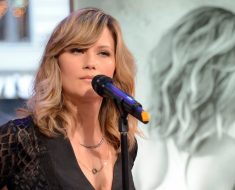 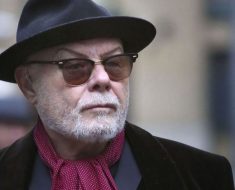