Ann Marie Smith was born on 6th January 1969, in Bartlesville, Oklahoma USA, and as Ree Drummond, she is known as a blogger, author, photographer and television personality, and is a multiple winner of the Annual Weblog Awards. Drummond was inducted into the list of Top 25 Web Celebrities by Forbes magazine, included at number 22 in 2010. Ree Drummond has been accumulating her net worth since 2006.

So just how rich is Ree Drummond, as of early 2018? It has been estimated by authoritative sources that the  amount of Ree’s net worth is over $8 million – the sources of her wealth are blogs, books and television appearances.

Ree Drummond is a matriculated from Bartlesville High School in 1987, and then graduated from the University of Southern California in 1991, having begun with journalism but then changing to gerontology. Her own ideas of a career were put on the back-burner for some time, as she married Ladd Drummond in 1996, and seems to have been a devoted wife and mother for the next decade.

However, In 2006, she started blogging under pseudonym ‘The Pioneer Woman’, initially covering simple everyday topics like home-schooling, ranch life as well as cooking;.her recipes are loved by audiences for their descriptiveness, visibility and high quality photos. The method of cooking is covered in step by step instructions, which are usually accompanied by photos. It has been calculated that Ree had 13 million visitors per month by 2009, more than 23 million in 2011, and now estimated at well over 30 million. Having such a lot of followers, Drummond decided to launch a community website – ‘Tasty Kitchen’ – in which people would be able to share their experiences in the kitchen. As a result, it seems that the blog adds considerable revenue to Ree Drummond’s net worth.

Another source of Ree Drummond’s net worth is books; she has published not only cookbooks but also books for children. Some of the cookery books are “The Pioneer Woman Cooks: Recipes from an Accidental Country Girl” (2009), “The Pioneer Woman Cooks: Food from My Frontier” (2012) and “The Pioneer Woman Cooks: A Year of Holidays: 140 Step-by-Step Recipes for Simple, Scrumptious Celebrations” (2013). The books loved by children include “Charlie the Ranch Dog” (2011), “Charlie and the Christmas Kitty” (2012) and “Charlie and the New Baby” (2014). A non-fiction book – “Black Heels to Tractor Wheels” (2007) which covers the personal love story of Ree – became the 2nd bestseller on both The Wall Street Journal’s and The New York Times’ Best Seller lists. Columbia Pictures is going to present a film under the same title as long as the company acquires the rights to do that. The character of Ree Drummond is set to be recreated by Reese Witherspoon, but the production is yet to be realised.

The last but not least source of Ree Drummond’s net worth is television, on which she debuted appearing in an episode of the cooking series “Throwdown! With Bobby Flay”(2010), on the Food Network. In addition , the daytime series “The Pioneer Woman” (2011–present) also on the Food Network is hosted by Ree herself.

In her personal life, Ree Drummond married Ladd Drummond in 1996, and they have four children who are home-schooled at their ranch to the west of Pawhuska, Oklahoma. 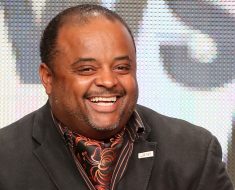 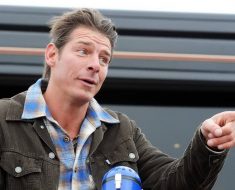 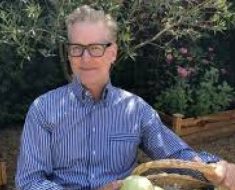 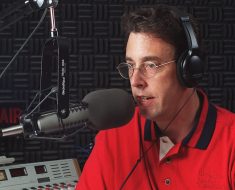