Born Anthony Hale on the 30th September 1970 in West Point, New York State USA, Tony is a Primetime Emmy Award-winning actor, best known to the world as Buster Bluth, a neurotic in the TV comedy series “Arrested Development” (2003-2013), then as Dave in the comedy-drama film “Stranger Than Fiction” (2006), and as Gary Walsh in the TV comedy series “Veep” (2012-2017), among many other differing appearances.

Have you ever wondered how rich Tony Hale is, as of mid- 2017? According to authoritative sources, it has been estimated that Hale’s net worth is as high as $9 million, an amount earned through his successful career as an actor, which began in the mid- ‘90s, and during which Tony has appeared in over 110 film and TV titles.

Born to Rita, a staff assistant to State Representative Kathy Ash, and Mike, who was a nuclear and atomic physicist and also found his place in the military, Tony spent his childhood in Tallahassee, Florida, where he was a part of the Young Actors Theatre, developing his acting skills in several musical and other theatrical productions. He went to Leon High School, from which he matriculated in 1988, then enrolled at Samford University in Birmingham, Alabama, graduating with a degree in journalism four years later, and then furthered his studies at Regent University, Virginia, in its School of Communication and the Arts. He was then a resident of New York City for around ten years, and while there he was one of the integral people in founding The Haven, an artistically minded community of Christians that meets weekly. Simultaneously Tony got back into acting with The Barrow Group, a theatre company based in New York.

He started searching for his first acting engagement and was soon chosen for an MCI Inc. commercial, however, the video never saw the light of day, so his debut role was as Stewart in the television film “The Least Of These” in 1995. He continued with minor roles in such TV series as “Ghost Stories” (1997), “Dawson’s Creek” (2001), “The Sopranos” (2001) and “Sex and the City” (2001), before in 2003 luck smiled upon him, as he was selected for the role of Buster Bluth in the TV comedy “Arrested Development”. His first stint lasted from 2003 to 2006, and then he returned to the show in 2013. The particular role celebrated him as an actor and increased his wealth to a large degree. He won the Gold Derby TV Award in the category Ensemble of the Year Award, alongside other stars of the show, which includes Will Arnett, Jason Bateman, Michael Cera, Portia de Rossi, Alia Shawkat, and others.

Thanks to his newfound fame, Tony started being used in more notable roles, and in 2006 played Jack Dabbs in the romantic comedy film “Larry the Cable Guy: Health Inspector”, while in the adventure comedy film “RV” starring Robin Williams, and Cheryl Hines, Tony portrayed Frank. The same year, he featured in the Golden Globe Award-nominated fantasy comedy-drama “Stranger Than Fiction”, starring Will Ferrell, Emma Thompson and Dustin Hoffman, while in 2009 he was a star of the TV comedy series “CTRL”. Also, from 2008 to 2010, he portrayed Emmett Milbarge, a temporary manager of the Buy More store in the TV action comedy series “Chuck”, with Zachary Levi and Yvonne Strahovski as the lead stars. His character became quite popular, which resulted in the spin-off “Buy More” in 2008. Tony continued quite successfully, as he starred in the Golden Globe Award-nominated comedy crime drama “The Informant!” (2009), with Matt Damon and Patton Oswalt. His next successful role was as Gary Walsh, the personal aid to the Vice-President in the political satire series “Veep” (2012-2017), which added a substantial amount to his net worth, and winning two Primetime Emmy Awards in the category Outstanding Supporting Actor in a Comedy Series. The following year, he gave his voice to several characters in the animated comedy series “Sanjay and Craig” (2013-2016), and in 2015 appeared in the comedy-drama “Night Owls”, and also had a minor role in the sci-fi action comedy “American Ultra”, starring Jesse Eisenberg, Kristen Stewart and Connie Britton.

In recent years, Tony starred in the comedy film “Brave New Jersey” (2016) and had a minor role in Michael Bay’s sci-fi action adventure “Transformers: The Last Knight” (2017), with Anthony Hopkins, Mark Wahlberg and Josh Duhamel in the lead roles. For the moment, Tony is working on several films, including the drama “Sadie”, which will be available later in 2017, and the drama “Simon vs. The Homo Sapiens Agenda”, which will be released in early 2018.

Regarding his personal life, Tony has been married to Martel Thompson since 2003; the couple has a daughter together, and live in Pasadena, California. Tony is a devout Christian, so is his wife; actually, the two met at a Bible study group in New York. 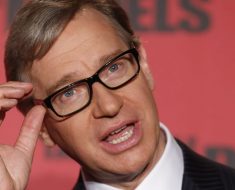 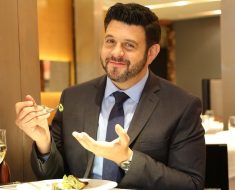 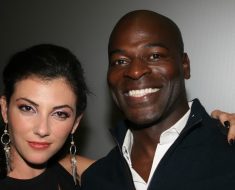