Thomas Fahr Steyer was born on the 27th June 1957, in Manhattan, New York City USA, and is a hedge fund manager, philanthropist and environmentalist, noted as the founder of the investment firm Farallon Capital Management as well as one of the founders of the community development bank Beneficial State Bank. He has served as a member of the Executive Committee in the private equity firm Hellman & Friedman since 1986.

How much is the net worth of Tom Steyer? It has been estimated by authoritative sources that the overall size of his wealth is as much as $1.61 billion, as of the data presented in the middle of 2016. Hedge Funds and Farallon Capital Management are the main sources of Steyer’s fortune.

To begin with, Tom was raised in Manhattan by his parents Marnie and Roy Henry Steyer, and was educated at the Buckley School and Philips Exeter Academy. He graduated with a Bachelor’s degree in Economics and Political Science from Yale University, and then with a Master’s degree from Stanford Business School, in which has subsequently served on the Board of Trustees.

Upon graduation, he pursued his professional career at the multi-national financial services corporation Morgan Stanley, then from 1983 to 1985 he was appointed at the multi-national banking firm The Goldman Sachs Group, in which he worked in the division of risk arbitrage with acquisitions and mergers. Afterwards, he became a member as well as one of the partners of the executive committee of the equity firm Hellman & Friedman. At the beginning of 1986, the businessman founded the investment firm Farallon Capital, which later became the main source of Tom Steyer’s net worth – by the time Steyer left the aforementioned company in 2012, it had $21.5 billion in assets under management. Steyer decided to leave the company with a view of focusing on advocating for alternative energy.

In addition to his career in business, Steyer has been active in political life since 1983, being one of the leaders and fundraisers of the Democratic Party. Tom Steyer is known to have won the push against changing of the electoral vote rules in California, in 2007. A year later, he was considered for the position of the Secretary of Treasury. He sponsored the ballot initiative known as Proposition 39, which modified the way out-of-state corporations to calculate the income tax burdens. He has been a fundraiser for President Barack Obama, Senator of Massachusetts Ed Markey, Governor of Virginia Terry McAuliffe and well as the candidate for the position of the President – Hillary Clinton.

Finally, in the personal life of Tom Steyer, he has been married to Kathryn Ann Taylor since 1986, and they have four children. Tom Steyer is well known for his philanthropic efforts. He raised the funds to support OneRoof business which brings technology to rural places of India. Alongside his wife, Steyer supported Beneficial State Bank, founded One Pacific Coast Foundation as well as the TomKat Ranch based in Pescadero, California. Since 2011, Tom has bee a member of the board of a non-profit organization Next Generation. 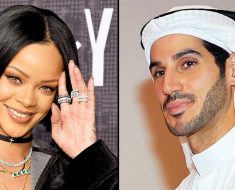 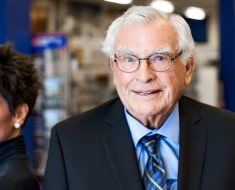 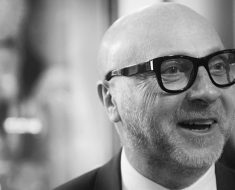 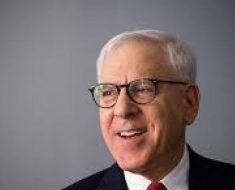