Steve Bruce Schneider was born on 5 May 1959, in Brooklyn, New York City, USA, and is a songwriter and guitarist, probably best known as the guitarist for Billy Idol since the 1980s. He also worked the lead guitar on “Top Gun Anthem”, but all of his efforts have helped put his net worth to where it is today.

How rich is Steve Stevens? As of early-2017, sources estimate a net worth that is at $45 million, mostly earned through a successful career in the music industry. He’s worked with other artists as well, including Vince Neil and Michael Jackson. Steve is also a soloist in music and as he continues his career, it is expected that his wealth will also continue to increase.

Steve started playing the guitar at the age of seven, taught by singer Phil Och’s sister who was also very interested in guitars, and showing a lot of talent and dedication to the instrument. He attended La Guardia High School and during his time there would continue to improve his skills. After matriculating, he started playing in a band called Fine Malibus which was managed by Bill Aucoin. He then went on to gain wider recognition, and he attracted the attention of numerous artists such as Billy Idol and Peter Criss. One of his first projects with Billy Idol was 1982’s “Billy Idol” album, which he would follow up with “Rebel Yell” in 1983. Other projects he worked on include “Vital Idol”, “Greatest Hits”, and “Devil’s Playground”, all establishing his net worth.

He then started venturing into songwriting, and collaborating with other top artists such as Ric Ocasek, Michael Jackson and Robert Palmer, helping to create the Michael Jackson album “Bad” as well as the Robert Palmer album “Don’t Explain”. Prior to that, his popularity and net worth skyrocketed when he created the movie soundtrack “Top Gun Anthem” for the film “Top Gun”. His performance of the song would lead him to win a Grammy Award for Best Pop Instrumental Performance. He also worked on the theme for the 1994 film “Speed”. Eventually he signed with Warner Brothers and also started working on solo projects, having created “The Guitar World According To Steve Stevens” which was a collaboration with the music magazine “Guitar World”. He would go on to form the group Atomic Playboys, releasing an album of the same name. Other solo projects he’s done include “Flamenco a Go-Go” and “Memory Crash”. One of his latest releases is the Billy Idol album “Kings & Queens of the Underground”. He also continues to regularly perform around the country.

Steve is now well versed in a variety of genres, including flamenco, hard rock, blues rock, and house, though he’s mostly known for his progressive rock tones. He also plays other instruments such as the bass guitar and keyboards. He has built custom guitars over the course of his career including the Knaggs Guitars Steve Stevens Signature.

For his personal life, it is known that Steve has been married to Josie since 2008. Aside from that, not much else is known about his private life. 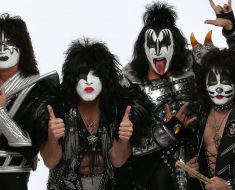 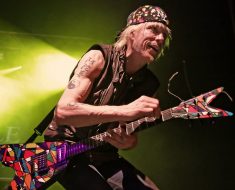