Russell Dominic Peters was born on 29 September 1970, in Toronto, Ontario, Canada, and is a Canadian comedian, television producer, disc jockey, as well as an actor. To the public, Russell Peters is perhaps best known for his stand-up comedy performances, and stand-up comedy albums, which have brought him a lot of public exposure, since he launched his career in the late 1980s.

A well-known comedian as well as an actor, how rich is Russell Peters? According to sources, Russell Peters’ net worth is estimated to be $40 million, the majority of which he has accumulated through his stand-up comedy performances, as well as appearances on television screens.

Russell Peters  studied at the Chinguacousy Secondary School, and later enrolled at North Peel Secondary School. Influenced by such famous comedians as Steve Martin, Eddie Murphy and George Carlin, Peters started to perform stand-up comedy at various local clubs in 1989. In 1992, Peters had an opportunity to meet one of his heroes – George Carlin – who gave him invaluable advice on stand-up comedy.

Since his first performance in Toronto in 1989, Russell Peters has performed in Malaysia, the United States, Ireland, Vietnam, Thailand, and the United Kingdom among other countries. His stand-up comedy topics usually range from race relations and stereotypes, to multiculturalism and Indian culture in particular.

His first comedy album entitled “Outsourced” didn’t come out until 2006 to generally positive reviews; in fact the album proved so popular with audiences that it received an 11-time Platinum certification for selling over 110,000 copies. Up to date, Peters has released four comedy albums, the most recent of which entitled “Notorious” came out in 2013. In addition to that, Russell Peters is notable for his appearances in various films and television series. Peters made his acting debut in the 1994 film called “Boozecan”. He then starred in Cheryl Dunye’s “My Baby’s Daddy” with Eddie Griffin, Method Man and Anthony Anderson, “Senior Skip Day” and “National Lampoon’s 301: The Legend of Awesomest Maximus” starring Will Sasso and Kristanna Loken. More recently, in 2014 he appeared alongside Aubrey Plaza and Daniel Roebuck in Tim Hill’s “Grumpy Cat’s Worst Christmas”, as well as Jon Favreau’s comedy-drama film entitled “Chef”.

During his career as a comedian, Peters sold out Air Canada Centre in 2007, was a host on Canada Day Comedy Festival, and has hosted the Juno Awards ceremony. In addition, in 2010 he published his first book entitled “Call Me Russell”. As his popularity grew, Peters started to be featured in various television shows, including “Def Comedy Jam”, “The Late Late Show with Craig Ferguson”, “Lopez Tonight with George Lopez” and, more recently, the reality talent show called “Last Comic Standing”. In 2013, he was the first comedian to perform a stand-up special for Netflix, and then in the same year, for his contributions to comedy, Russell Peters received a Trailblazer Award.

In regards to his personal life, Russell Peters  dated Sunny Leone, but they split-up in 2008. In 2010, he became engaged to Monica Diaz, who he married later that same year. Diaz gave birth to their daughter in 2010, yet by the end of 2012 Peters and Diaz had divorced. Russell is now engaged to Ruzanna Khetchian. 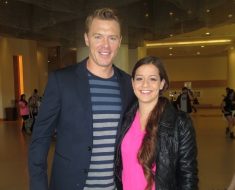 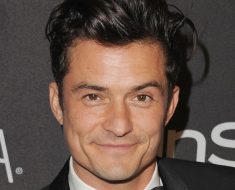 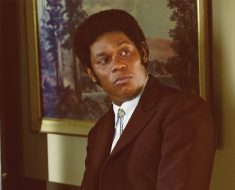 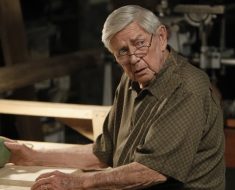