Ruby Catherine Stevens was born on 16 July 1907, in Brooklyn, New York USA, of Canadian, English and Scottish ancestry. As Barbara Stanwyck, she was an actress, best known for starring in almost 100 films and television shows during a career spanning four decades. She was a favorite of directors including Frank Capra, Fritz Lang, and Cecil B. DeMille. All of her efforts helped put her net worth to where it was prior to her passing in 1990.

How rich is Barbara Stanwyck? As of mid-2016, sources estimate a net worth that was at $1 million, mostly earned through a successful career in acting. During the peak of her career she was the highest-paid woman in the United States and made a total of 85 films. She was also nominated for an Academy Award for Best Actress four times and all of these ensured the position of her wealth.

Ruby was orphaned when she was four years old as her mother died from complications following a miscarriage, and her father disappeared shortly afterwards while working on the Panama Canal. Her eldest sister Mildred raised Ruby and her younger brother, and soon they were moving from various foster homes. In 1916, Ruby toured with her Mildred and practiced routines similar to that of her sister’s job as a showgirl. When she was 14 years old, she dropped out of Erasmus Hall High School to take a job at a local department store before working at a local telephone office. After doing various jobs, she auditioned for a night club called the Strand Roof.

In 1922 she became a dancer and performed at the New Amsterdam Theater. For the next few years, she would work as a chorus girl at night clubs and also as a dance instructor. In 1926, Ruby was introduced to Willard Mack who would cast her for a production entitled “The Noose”, which became one of the most popular productions of the season, and soon Ruby would change her name to Barbara Stanwyck, part role name and the name of another actress.. Her career on Broadway was flourishing, and she then appeared in “Burlesque” which led to her first film appearance in the silent film “Broadway Nights”.

Barbara’s first sound film was “The Locked Door”(1929) and a year later she appeared in “Ladies of Leisure”. She continued in prominent roles in “Night Nurse”, “Shopworn”, and “Stella Dallas”. She impressed in each of her performances and continued to make films in the 1940s with “You Belong to Me”, and “The Other Love” in which she portrayed a concert pianist. She became well known for portraying strong characters and then became a part of various noir films.

Her film career would decline in the late 1950s, and she then moved to television, establishing the Emmy Award winning “The Barbara Stanwyck Show”. She then appeared in the series “The Big Valley” which led to another Emmy. Afterwards, she appeared in the film “Roustabout” alongside Elvis Presley. Later in life, she would go on and do more award winning films, and on TV including “The Thorn Birds”.

For her personal life, it is known that Stanwyck had romantic relations with Rex Cherryman who unfortunately died of septic poisoning while travelling at sea. In 1928, she married Frank Fay and they adopted a son – Barbara was unable to have any more children because of a botched abortion when she was 15 years old. Fay was reportedly abusive and eventually they divorced in 1935. In 1936, she became involved with Robert Taylor and they eventually married in 1939, but it also ended in divorce during 1950. The two were rumoured to have problems and affairs but still acted together in “The Night Walker”. After Taylor’s death in 1969, Stanwyck took a long break from acting. Aside from that, she also had a four year relationship with the much younger Robert Wagner. In 1990, Stanwyck passed away due to congestive heart failure at the age of 82 years old. She declined to have any funeral service. 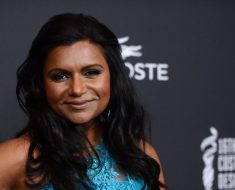 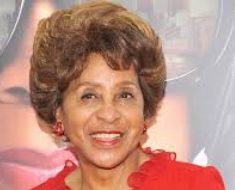 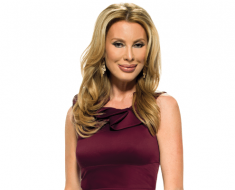 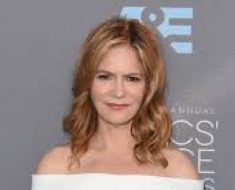