Ronald James Padavona, was born on the 10th July 1942 in Portsmouth, New Hampshire, USA, but best known by his stage name Ronnie James Dio for being a heavy-metal singer, songwriter, and musician, who reached international fame as a member of bands such as Rainbow, Black Sabbath, and Dio. His career started in 1957, and lasted until his death in 2010.

Have you ever wondered about the state of Ronnie James Dio’s assets at the time of his death? According to authoritative sources, it has been estimated that Dio’s net worth at the time of his passing was as high as $10 million, an amount earned through his successful career as a musician.

Ronnie James Dio was born to Italian-American parents, who moved around when he was a child due to his father’s duties in the US Army. Dio’s music talent became obvious early on, and he began to play the French trumpet at the age of five. During high school, he was invited to join the school band, while he also formed his own group called The Vegas Kings. The band changed name several times, later calling themselves Ronnie and the Rumblers, and Ronnie and the Red Caps. In the latter incarnation, they released two singles, the second of which had Dio on vocals. Having taken up singing, he also picked up another musical instrument, this time the bass guitar. After finishing high school, Dio attended the University at Buffalo, where he studied Pharmacology, while remaining an active member of his band, which changed names again several times, before settling on Elf in 1972. This was followed by the release of their first self-titled studio album, and getting a regular spot as the opening act for Deep Purple.

Ritchie Blackmore’s departure from Deep Purple marked a new stage in Dio’s career, since Blackmore invited him, and most of Elf, to form a new band called Ritchie Blackmore’s Rainbow in 1975. With Rainbow, Dio recorded three critically acclaimed studio albums, which spawned hits such as “Catch the Rainbow” “Man on the Silver Mountain”, “Temple of the King”, and “Stargazer” – Kerrang! Magazine voted their second album, “Rising” (1976) as the greatest heavy metal album of all time. A big part of that success was Dio’s recognizable, almost operatic singing voice, and the folklore themes and fantasy lyrics which he and Blackmore introduced into their songs. However, Dio decided to break that partnership when it became obvious that Blackmore saw himself as the only boss in the band. Regardless, his net worth was rising steadily.

Following his departure from Rainbow, Dio signed on as the lead singer of Black Sabbath, replacing Ozzy Osbourne. His tenure with the band was marked by some of their most successful albums, including the 1980 “Heaven and Hell” which was certified platinum, and spawned such hit songs as “Neon Knights”, “Children of the Sea”, and of course the titular “Heaven and Hell”.

Despite this success, Dio was dissatisfied with his burgeoning status of vocal for hire, and decided to leave Black Sabbath in order to form his own band, called Dio. He recorded ten studio albums with Dio, including “Holy Diver” (1983) and “The Last in Line” (1984) which both achieved platinum status, and Sacred Heart” (1985), which was gold certified, and all helped increase further Ronnie’s net worth. He remained their only constant member, while the rest of the line-up changed numerous times over the years. Some of the more prominent members include guitarists Vivian Campbell, Doug Aldrich, and Warren DeMartini, and another former Black Sabbath member Vince Appice on the drums.

Dio’s last big project was the founding of Heaven & Hell, an English-American heavy-metal band which consisted of former Black Sabbath members Tony Iommi, Geezer Butler, Vince Appice, and Dio himself. They released only one studio album, “The Devil You Know” (2009), though they toured extensively for several years.

In late 2009, it was discovered that Dio suffered from stomach cancer, and though it was believed that he would manage to recover and return to the stage, his health took a turn for worse, and he passed away from the disease on 29th August 2010. He was survived by his second wife Wendy Gaxiola, and adopted son from first marriage to Loretta Berardi, Dan Padavona. Dio’s legacy includes a fifty-year-long career as a heavy-metal singer, with his unique voice and vocal style earning him the title of Best Metal Singer several times over. He is also credited with inventing and popularizing the ‘metal horns’ hand gesture, which became a staple among heavy-metal fans. 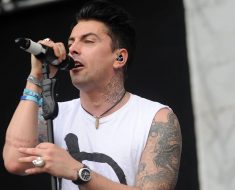 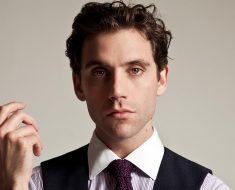 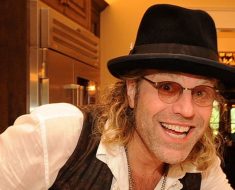 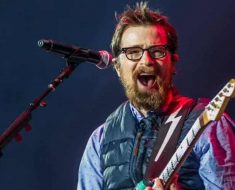 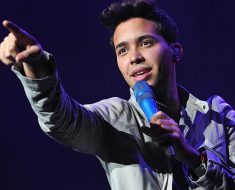 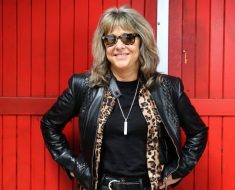