Richard “Rick” Steves was born on 10th May in 1955, in Edmonds, Washington State USA. He is an author and a television personality, who initially became known through his travel guidebooks, being an American authority on European travel. He hosts travel shows on both public television and public radio.

So just how rich is Rick Steves? His net worth has been estimated by sources at $10 million, money having been made by developing his own business, “Rick Steves’ Europe Through the Back Door Inc.”, a company which he founded in 1976.

Rick started traveling in Europe in 1969 with his father, a piano importer. After turning 18, he financed his trips by teaching piano lessons, then began teaching travel classes while still studying at The Experimental College, before starting his company. In 1980, the first edition of his book “Europe through the Back Door” was published. Other famous books written by Rick Steves are “Europe 101: History and Art for Travelers”, “Postcards from Europe”, and “Travel as a Political Act”.

All the above activities contribute to Steves’ net worth; his company has revenues of over $20 million a year, mostly from organizing and selling tours. He also produces a television show about traveling to and around Europe, and has his own show on National Public Radio affiliate KUOW, called “Travel with Rick Steves”. Additionally he has his own column in the Tribune Media Services.

Rick Steves has been building his business gradually for more than 35 years. In 1991, he started working with public television, and since then he has produced more than a 100 travel shows and several television specials, such as “Rick Steves’ European Christmas” and “Rick Steves’ Iran”. His show, “Rick Steves’ Europe”, has been carried by over 300 stations, being one of the most popular shows in the public television history. In 1997, he wrote and produced a series of documentaries, such as “Travel the World: Eastern Cities – Prague, Budapest and Istanbul”, “Travel the World: Italy – The Hilltowns of Tuscany, the Italian Riviera”, and “Travel the World: Great Britain – North Wales, Cotswalds Villages & Bath”.

Despite his net worth, Rick Steves still lives in Edmonds, which is also the place where he has developed his business. The company has 100 employees working in a 20,000-square-foot building. He is a noted philanthropist, and donates an important part from his earnings as a television producer and host and has given about $1 million to the Edmonds Center for the Arts. He also helps single mothers by offering his $1.3 million apartment building in Lynnwood Pathways for Women YWCA for free for 15 years. The author is also a member of the National Organization for the Reform of Marijuana Laws.

In his personal life, Rick Steves was married to Anne Steves until 2010; they have a son and a daughter. 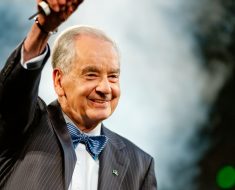 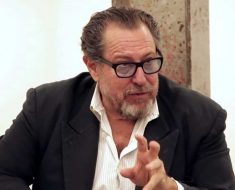 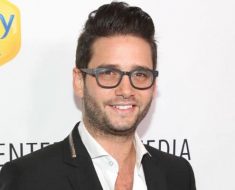