How much is Regina Hall’s net worth? Under the latest estimations, the wealth of Hall is over $2 million.

Regina Hall grew up in Washington D.C., but studied at New York University. She wanted to drop out after the first semester, but after the sudden death of her father, she decided to complete her studies in his honour, and subsequently graduated with a well-earned Master’s degree in Journalism. However, her curiosity took her into acting, debuting with a small role in an episode of the television series “Loving” (1992). Hall continued with roles in the feature films “Don’t Be a Menace to South Central While Drinking Your Juice in the Hood” (1996), “The Best Man” (1999) and “Love & Basketball” (2000). Then she gained worldwide recognition after landing the lead role in “Scary Movie” (2000) directed by Keenen Ivory Wayans which grossed $278 million at the box office while the budget was $19 million. With such a success, the film added much not only to the popularity of the rising star but also increased the net worth of Regina Hall considerably. The sequels were also profitable the at box office: “Scary Movie 2” (2001) with $141.2 million, “Scary Movie 3” (2003) (with the change of the director David Zuker,) a reported $220.6 million, “Scary Movie 4” (2006) – $178.2 million and the last and the least successful “Scary Movie 5” (2013) – $77.5 million.

Other important roles, that increased the net worth of Ragina Hall and brought her increased fame were the characters of Corretta Lipp in the TV series “Ally McBeal” (2001–2002) created by David E. Kelley for which she was nominated for the Image Award as the Outstanding Supporting Actress in a Comedy Series; Keisha in crime drama film “Paid in Full” (2002) directed by Charles Stone III; Peaches Clarke in a comedy film “King’s Ransom” (2005) directed Jeffrey W. Byrd; and Trixie Norton in the comedy film “The Honeymooners” (2005) directed by John Schultz. Lately, Regina co-starred with Jemaine Clement in the comedy film “People Places Things” (2015) directed and written by James C. Strouse. Currently, she is working on three upcoming films, “When the Bough Breaks”, “Barbershop 3” and “The Best Man Wedding” which are going to be released in 2016.

More, Regina Hall adds to her net worth as a writer for the magazine ABILITY.

Regina is also engaged in volunteer work, helping at Sherman Oaks, CA, which she joined after her mother was diagnosed with the rare illness scleroderma.

Concerning the private life of the actress, currently Regina Hall purports to be single, having been in a long-term relationship with the actor Damon Wayans who is 10 years senior to Regina. 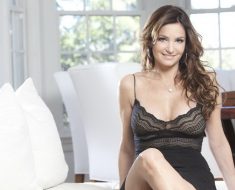 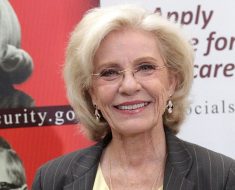 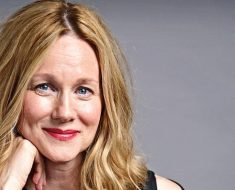