Raymond Daniel Manczarek, Jr. was born on the 12th February 1939 in Chicago, Illinois, USA of Polish descent,. He was a musician, singer, producer, film director, and author, but probably best known as a founding member and keyboardist of The Doors, one of the most influential and controversial rock bands in history. His career was active from 1961 to 2013, when he passed away.

So, have you ever wondered how rich Ray Manzarek was? According to authoritative sources, it was estimated that Ray’s net worth was over $25 million, an amount most of which he acquired during his successful career in the entertainment industry. Another source came from the sales of his books.

Ray Manzarek spent his childhood in Chicago, where he was raised by his parents Helena and Raymod Manzarek, Sr. At the age of seven, he was first introduced to the piano and took piano lessons as he was growing up. He attended Everett Elementary School and matriculated from St. Rita of Cascia High School, after which he enrolled at DePaul University and graduated from the University’s College of Commerce in 1956 with a BA degree in Economics. After this, he moved to Los Angeles and enrolled in the film school at the University of California. However, he dropped out and spent his next couple of years as a prospective intelligence analyst for the Army Security Agency in Okinawa and Laos, before being discharged. In 1962 he decided to enroll again in the same program at the University of California, and received a M.F.A. degree in Cinematography three years later. At that time he met his future band co-founder, Jim Morrison.

Just forty days after finishing film school, Manzarek met Morrison purely by chance on Venice Beach in California. After hearing a few songs Morrison had written, the two of them decided to play together, and formed The Doors at that exact moment. They went on to hire Robby Krieger as a guitarist and John Densmore as a drummer. In the following years, The Doors released six studio albums, a live album and a compilation before the untimely death of Jim Morrison from a drug overdose in 1971. Manzarek, Krieger and Densmore continued to play as The Doors and released two more albums before they disbanded in 1973. Regarded as one of the most influential bands of all time, The Doors sold over 30 million albums in the USA, and over 100 million albums worldwide. They were the first American band to garner eight consecutive gold and platinum LP’s, and won many prestigious awards. The Door’s huge success certainly increased Manzarek’s net worth by a large margin.

After The Doors was disbanded, Manzarek went on to release solo albums, “The Golden Scarab” in 1973 and “The Whole Thing Started With Rock And Roll & Now It’s Out Of Control” in 1974, before forming the group Nite City, with which he released two albums, increasing further his net worth.

The surviving Doors members reunited a couple of years for various projects. Besides this, Manzarek collaborated with many other bands and musicians, including Iggy Pop, Echo and the Bunnymen, X, Weird Al Yankovich, Roy Rogers, Skrillex, etc. He also wrote and produced soundtracks for more than 100 film and TV titles. Additionally, he wrote, directed and produced several short and feature length films, all of which contributed a lot to his wealth.

In addition to music and film, he published an autobiography entitled “Light My Fire: My Life With The Doors” in 1998. He subsequently published two novels, “The Poet In Exile” in 2001, and “Snake Moon” in 2006, adding a considerable amount to his net worth.

Speaking about his personal life, Ray Manzarek married Dorothy Fujikawa in 1967. They had a son and three grandchildren. He passed away from a rare type of cancer at the age of 74, on the 20th May 2013 in Rosenheim, Germany. 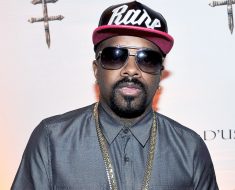 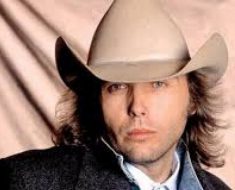