Raymond Albert Romano was born on 21 December 1957, in Queens, New York City, USA, and is a comedian, television producer, screenwriter, actor, as well as a voice actor, probably best known for portraying the character of Raymond Barone in the popular television series called “Everybody Loves Raymond”. The show debuted on television screens in 1996, and aired its final, ninth season in 2005 . Based on Romano’s real-life experiences, the show gained a lot of public exposure and interest over the course of nine years, as it finished its run with an audience of 17.4 million viewers in its last season.

So how rich is Ray Romano, as of mid-2017? Authoritative sources estimate that Ray’s net worth is over $140 million, accumulated during a career in the entertainment industry, which began in the late 1980s. A significant contribution was made by his starring in “Everybody Loves Raymond”, ending with a reputed $1.7 million per episode, close to $20 million per series in its latter stages.

Ray’s ancestry is mostly Italian, but also French. His mother Lucie was a piano teacher, and father an engineer and estate agent. Ray matriculated from Hillcrest High School, and then enrolled at Queens College studying accountancy, but from which he didn’t graduate at the time. Still. he worked in banking for a while, before Romano’s career in entertainment began in 1989 when he appeared in the “Johnnie Walker Comedy Search”, after which he starred in “Star Search” and “The Late Show with David Letterman”. Soon Ray received an opportunity to appear in his own semi-reality series called “Everybody Loves Raymond”, which was loosely based on his personal life. The show not only inspired the creation of several other versions of the series, including the Russian, British, Dutch and Polish ones, but also managed to win Emmy Awards, Screen Actors Guild Awards, and Writers Guild of America Awards.  In addition, Ray reprised the role of Ray Barone in several other television series, including “The King of Queens” with Kevin James, “Cosby” starring Bill Cosby, “The Nanny” with Fran Drescher and Daniel Davis, and “Becker”. Ray Romano also starred in “The Last Word” with Wes Bentley and Winona Ryder, “Hanna Montana” with Miley Cyrus and “Funny People”. All helped raise his next worth.

Romano’s acting skills have helped him earn roles in other television projects too, such as “The Knights of Prosperity”, “The Office” and “The Middle”. In 2009, Romano debuted his own comedy-drama series called “Men of a Certain Age”, in which he co-starred alongside Andre Braugher and Scott Bakula. Even though the show was cancelled after two seasons, it was met with positive critical reviews, and even won a Peabody Award. Ray Romano’s contributions to the entertainment industry have been acknowledged with People’s Choice Awards, Emmy Awards, American Film Institute Awards, as well as Academy of Television Arts and Sciences Awards.

Ray has also delved into voice-acting territory, in particular for Manny, a woolly mammoth in  the animated film “Ice Age” in 2002, and subsequently reprised in four film sequels stretching to 2016.

Romano has more recently starred as Hank Rizzoli in the  television comedy drama series called “Parenthood”, adding to his over 20 appearances in TV productions, and to his net worth.

In his personal life, Ray has been married to Anna Scarpulla since 1987, and they have four children, all having guested in “Everybody Loves Raymond’. Anna overcame breast cancer in 2010.

Aside form acting, Ray has appeared in “Who Wants to be a Millionaire” and “The Price is Right”, plus “The Haney Project” on the Golf Channel, aimed at improving various celebrity’s golfing skills. Ray is also a keen poker player, taking part in The World Series of Poker several times during the last 10 years. 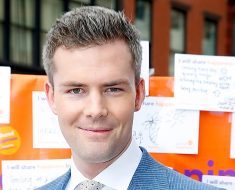 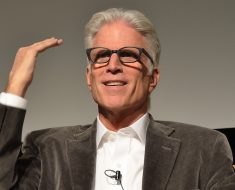 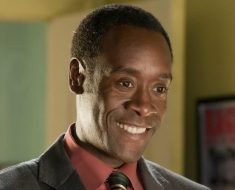 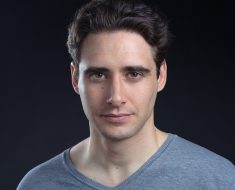