Priscilla Ann Wagner was born on 24 May 1945, in Brooklyn, New York City USA, and is a businesswoman, actress, television and film producer, as well as a writer in her own right, even though as Priscilla Presley she is perhaps best known as the wife of the deceased “ King of Rock ‘n’ Roll” Elvis Presley, and the mother of their daughter Lisa Marie Presley.

So just how rich is Priscilla Presley, as of late 2017? According to sources, Priscilla’s net worth is estimated to be over $100 million, the majority of which came from her acting career and her business ventures, as well as inheritance from her husband.

Priscilla is of part-Norwegian descent through her father, and Irish-Scots and English through her mother. As a child, she travelled a lot with her family, first with her father who was a US Navy pilot, but was killed when she was less than a year old, and then with her stepfather –  Paul Beaulieu – who was a US Air Force pilot. So she lived in Connecticut, New Mexico and Texas, until her father was sent to work in Germany. Such moves were hard on Priscilla, as she had to leave schools and friends behind, and focus on meeting new people, including in Germany. It was here where she met Currie Grant, an Air Force recruit, who later introduced her to Elvis Presley, who she eventually met in Germany, and several years later in 1967, the couple married. However, the Presleys decided to go their separate ways a few years into their marriage, which ended in divorce in 1973. After that, Priscilla Presley focused on her own career, and opened several businesses of her own, including a clothing store with Olivia Bis in Los Angeles called Bis and Beau, which although relatively successful was closed in 1976.

After Elvis’ death in 1977, Priscilla invested in his Graceland mansion, to open it to the public and so avoid a sale. The project worked-out well, to the extent where she recouped all her investment, and profits have hit the $100 million mark. So Priscilla became the chairwoman of Elvis Presley Enterprises, being involved in various other projects, including issuing two commemorative stamps by the US Postal Service in 1993 and 2015, and a 14-track album entitled “If I Can Dream: Elvis Presley With the Royal Philharmonic Orchestra” also in 2015.

Priscilla made her television debut co-hosting “Those Amazing Animals” in 1980, then got to act the following year in a couple of episodes of “The Fall Guy”, and eventually debuted in the film industry in 1982, in Hall Bartlett’s movie “Love is Forever”, co-starring with Michael Landon and Edward Woodward. As an actress, Priscilla Presley is perhaps most notable for her appearances in “The Naked Gun” film series, with Leslie Nielsen and O. J. Simpson, between 1988 and ’94, as well as in the role of Jenna Wade in the prime time TV soap opera “Dallas”, first aired  in 1978, with Presley joining in 1983, when the creators of the show decided to bring back Wade’s character. The show became one of the most popular soap operas at the time, and is still ranked the longest lasting prime time drama series, with more than 357 episodes aired during the course of fourteen seasons, and apart from Priscilla, certainly boosting the careers of Jim Davis, Larry Hagman, Linda Gray, Barbara Bel Geddes and Victoria Principal among others.  “Dallas” not only won four Emmy Awards, but inspired the revival of the series in 2012,  aired more than twenty years since its last season. The show also contributed to Presley’s fame and popularity in the entertainment industry.

Meantime, during the ’90s and the 2000s, Priscilla guest-starred in such TV productions as “Dancing with the Stars”, “Melrose Place” and “Spin City” among several others. Additionally, in 2012 she actually appeared in  pantomime, starring with  Warwick Davis  in the New Wimbledon Theatre, London production of “Snow White and the Seven Dwarfs”, an indication of her varied ability and popularity, and also adding to her net worth.

Returning to her business activities, in the late ’80s she produced a range of perfumes, and a line in linen, both of which proved successful and contributed significantly to her net worth. Priscilla is clearly a woman who has no trouble filling-in her time productively.

In her personal life, in the ’70s she had a lengthy affair with her karate instructor, Mike Stone, but of greater significance was her 22-year relationship with entrepreneur Marco Garibaldi, which ended in 2006 – they have a son born in 1987. She currently lives in Beverley Hills, California. 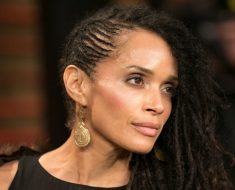 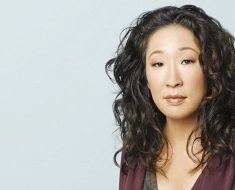 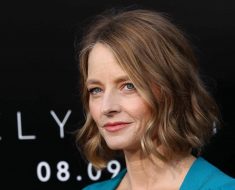 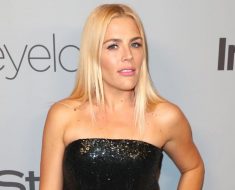