Peter Yarrow was born on 31 May 1938, in Manhattan, New York City USA, of Ukranian-Jewish descent. Peter is a songwriter and singer, best known for being part of the 1960s trio, Peter, Paul and Mary. He co-wrote the hit song “Puff, the Magic Dragon”, but all of his endeavors have helped put his net worth to where it is today.

How rich is Peter Yarrow? As of late-2016, sources inform us of a net worth that is at $5 million, mostly earned through a successful career in the music industry. Aside from his music, he is also a political activist who has lent his support to many causes. He opposed the Vietnam War, and helped create Operation Respect. All of these achievements helped ensure the position of his wealth.

Peter attended the High School of Music in Art, matriculating as second in his class among males. He studied painting while at school, and later went to Cornell University studying a physics major, but then decided to switch, and graduated in 1969 with a degree in psychology. During his last year at Cornell, Peter started singing while part of an American Folk Literature course, discovering that he loved performing in front of an audience, and then later found other opportunities during weekends.

After graduating, Peter played for various folk clubs in New York City, and would then meet Albert Grossman while at the Newport Folk Festival. Grossman came to him with an idea to form a new group which led him to Mary Travers, who was already known for her folk singing prowess. However, she didn’t want to sing professionally so Yarrow had to convince her that their voices blended together. Mary then introduced him to Noel Paul Stookey, who would complete their trio. They rehearsed for around six months before debuting in 1961 at The Bitter End nightclub. They quickly developed a following and were given a contract by Warner Brothers. In 1962, they released their single “Lemon Tree” which was followed by their version of “If I Had a Hammer”. The song would win two Grammy Awards in the same year, so along with his colleagues, Yarrow’s net worth was established.

They then released their first, self-titles album, which would stay charted in the Top Ten for ten months, selling more than two million copies and actually being in the Top Twenty for two years. The group would then tour and record numerous albums. In 1963, they released the single “Blowin’ in the Wind” which sold 300,000 copies during the first week of its release, and would eventually sell over a million copies. In the same year, the trio appeared alongside the Reverend Martin Luther King.

A lot of the trio’s songs were written by Peter, including “Day is Done” and “Puff, the Magic Dragon”. In 1996, they earned an Emmy award nomination for their performances at the special “LifeLines Live”. Yarrow also helped co-write the Mary McGregor hit “Torn Between Two Lovers”. He helped found the New Folks Concert series, and also produced three CBS television specials based on “Puff, the Magic Dragon”. Today, Peter performs with his daughter and cellist Rufus Cappadocia. He was also part of the 2015 film “While We’re Young”. His net worth is still rising.

For his personal life, it is known that Yarrow married prominent politician Eugene McCarthy’s niece, Mary Beth McCarthy in 1969. They had two children but were divorced in 1981. He practices Judaism and according to him, it impacts his political views. He also mentions that he is a recovering alcoholic. He currently resides in Telluride, Colorado. His daughter Bethany Yarrow is a musician while his son Christopher is a visual artist. 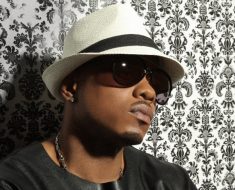 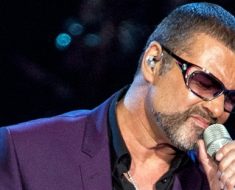 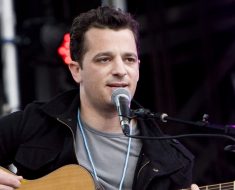