Paul Vincent Guilfoyle was born on the 28th April 1949, in Boston, Massachusetts, USA, and is an actor, probably best recognized for starring in the role of Mike O’Brien in the film “Final Analysis”, playing Dr. Jeffrey Manko in the film “Extreme Measures”, and as Captain Jim Brass in the TV series “CSI: Crime Scene Investigation”. His career has been active since 1975.

So, have you ever wondered how rich Paul Guilfoyle is, as of early 2018? According to authoritative sources, it has been estimated that the total size of Paul’s net worth is over $18 million, accumulated through his successful involvement in the film industry.

Paul Guilfoyle spent his childhood in his hometown, where he went to Boston College High School. Upon matriculation, he subsequently graduated with a BA degree in economics from Lehigh University, where he was a member of Phi Gamma Delta fraternity. Right after graduation in 1975, he joined The Actor’s Studio and started performing with them in both Broadway and Off-Broadway productions, such as “The Basic Training Of Pavlo Hummel”, and “Richard III”, starring along with Al Pacino.

Paul’s debut film appearance was in “Next Door” also in 1975, however, it wasn’t until the late 1980s, he would achieve notable success, appearing in the role of Nikos Thomopolis in the 1987 film “Beverly Hills Cop II”, starring alongside Eddie Murphy; playing Stone Livingston in the film “Wall Street” in the same year; portraying Andrew Cassedy in the film entitled “The Serpent And The Rainbow” (1988); and as Ray in the film “The Local Stigmatic” in 1990. He also guest-starred in such TV series as “Miami Vice” (1987-1989), “Against The Law” (1990), and “Law & Order” (1990), and all of these appearances marked an increase to his net worth.

In the next decade, Paul continued to line up successes, increasing his net worth by a large margin, appearing in the role of Mike O’Brien in the 1992 film “Final Analysis” starring along with Richard Gere and Uma Thurman; portraying Mark Kaplan in Yves Simoneau’s film “Mother’s Boys”; and as Miodrag Dobrovic in the film entitled “Gospa” (1995). During 1996, Paul was cast in more than ten films, including “Cafe Society”, “Extreme Measures”, and “Night Falls On Manhattan”. His next major role came in the following year, when he featured as Chief of Staff Lloyd Shepherd in the film “Air Force One”, directed by Wolfgang Petersen. By the end of the 1990s, Paul had made a few more memorable appearances, such as in the role of Howard Ferguson in the film “Primary Colors” (1998), and as George Franklin in the 1999 film “Anywhere But Here”, adding seadily to his net worth.

In 2000, he was selected to portray Captain Jim Brass in the TV series “CSI: Crime Scene Investigation”, which lasted until 2015, adding a considerable amount to his net worth. Meantime, Paul’s first film role in the new millennium was in 2001 in “Hemingway, The Hunter Of Death”, in which he played Alex Smith, followed by the role of Bill Griggs in the film “Session 9”. He thene made an appearance as Jay Kennedy in the television film “Coyote Waits”, after which he starred as Taddeo Rossi in Tim Disney’s film “Tempesta” (2004).

During the 2000s, Paul did a voice over of Captain Jim Brass in several video games, based on the TV series, considerably increasing his net worth.

To speak further about his career, Paul reprised the role of Captain Jim Brass in the television film “CSI: Immortality” in 2015, and portrayed Pete Conley in the film “Spotlight” in the same year. Most recently, Paul was chosen to play Quayle in the TV series “Colony” (2016), and Henry Rindell in the TV series “The Good Fight” (2017). His net worth is certainly still rising.

Regarding his personal life, Paul has been married to Elizabeth (Lisa) Giobbi since 1989; the couple has a child together, and their current residence is in New York City. 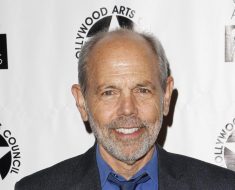 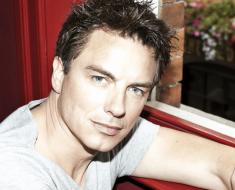 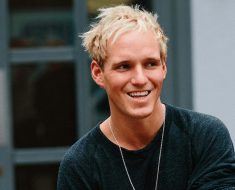 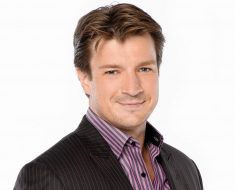 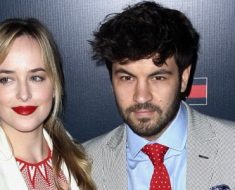