Paul Anthony Sorvino was born on the 13th April 1939 in Brooklyn, New York City USA, of Italian ancestry. Paul is an actor probably still best known to the world as Paulie Cicero in the film “Goodfellas” (1990), and as Phil Cerreta in the crime-drama TV series “Law & Order” (1991-1992). His career has been active since the 1960s.

Have you ever wondered how rich Paul Sorvino is, as of mid-2016? According to authoritative sources it has been estimated that Paul Sorvino`s net worth is as high as $10 million, an amount he has acquired through his successful career as an actor, during which he has appeared in over 150 film and TV titles.

Paul is the son of Angela Maria Mattea, who worked as a piano teacher, and Ford Sorvino, who immigrated to USA from Italy, and found work at a robe factory as a foreman.

Paul went to Lafayette High School, and after matriculation enrolled at the American Musical and Dramatic Academy. He was dedicated on becoming an opera singer, however, during his studies he joined a theater, and slowly turned to acting instead of singing. However, his singing talents certainly helped him in his career, as he appeared in several Broadway musicals including “Bajour” (1964), which was his debut appearance on Broadway, and started-off his net worth.

He continued with work on Broadway, and then in 1970 made his debut screen appearance in the film “Where`s Poppa”, directed by Carl Reiner. Since then, he has been almost continuously employed in films and on television, which have been the main source of his net worth.

After his debut, Paul was cast in the film “The Panic in Needle Park” (1971), and received high praise for his work in the film, which only helped him to further establish himself as an actor. During the 1970s, Paul made numerous successful appearances in such films as “The Gambler” (1974) alongside James Caan and Lauren Hutton, “It Couldn’t Happen to a Nicer Guy” (1974), “Bloodbrothers” (1978), and “Lost And Found” (1979). Also, he had several TV appearances, in such series as “We’ll Get By” (1975), and “Bert D’Angelo/Superstar” (1976), among others, all of which added to his net worth.

Paul continued successfully through the 1980s, landing roles in such productions as “Reds” (1981), directed by Warren Beatty and starring Diane Keaton and Edward Herrmann, “The Stuff” (1985), and “Betrayed By Innocence” (1986).

In the next decade, Paul`s career began to decline, as he landed only small roles in B movies, but his fame returned with roles in “Hybrids” (2015), and “Cold Deck” (2015). Most recently, he was selected for roles in films “The Chameleon” (2016), “The Red Maple Leaf” (2016), and “Father” (2016), but none of the films are yet released, however, engagement in those productions certainly increased his net worth.

Regarding his personal life, Paul has been married to Dee Dee Benkie since 2014. However, he as two marriages behind him, firstly to Lorraine Davis who he married in 1966 and divorced in 1988; they had three children, one of whom is actress Mira Sorvino. His second marriage was to Vanessa Arico; the couple was married from 1991 until 1996.

Since his childhood, Paul has had problems with asthma, and had to practice numerous breathing exercises in order to stabilise his health. Consequently, he started the Paul Sorvino Asthma Foundation, which focuses on building asthma medical centers across the USA, for both children and adult. 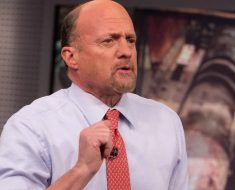 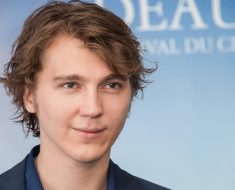 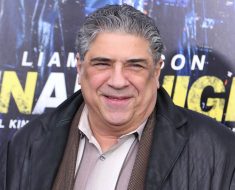