Olesya Yurevna Rulinkova was born on 17th March 1986, in Moscow, Russia (then) USSR, and is a Russian-American actress, probably best recognized for starring in the role of Kelsi Nielsen in the “High School Musical” film series, playing Abby in the TV series “Greek” and as Calista Secor in the TV series “Powers”. Her career has been active since 2001.

So, have you ever wondered how rich Olesya Rulin is, as of early 2018? According to authoritative sources, it has been estimated that the total size of Rulin’s net worth is over $1 million, accumulated through her successful involvement in the entertainment industry as a professional actress.

Olesya Rulin spent her early childhood in Likhoslavl, a small town in Russia, where she was raised by her parents Natalia Rulinskaya and Yuriy Rulinsky. When she was only eight years old, she emigrated to the U.S. with her family, firstly to Texas before moving to Utah, where she attended West Jordan Middle School. Parallel with her education, Olesya took ballet classes and went on to become a trained ballet dancer; she also took lessons and learned to play the piano. Moreover, at the age of 12 she participated in a model search contest. Prior to her acting career, she worked as a nursing assistant, while she studied Economics in Paris, France.

Thus, Olesya’s professional acting career began in 2001, when she made her debut film appearance in a small role in the TV film “Hounded”, which was followed by her appearances in another TV film entitled “The Poof Point” in the same year. Although she featured as Julie Jaymes in the 2005 film “Mobsters And Mormons”, her breakthrough role came in the following year, when she won the role of Kelsi Nielsen in the Disney musical romantic film “High School Musical”, starring along with such actors as Ashley Tisdale, Vanessa Hudgens and Zac Efron, later reprising the role in its sequels – “High School Musical 2” (2007) and “High School Musical 3: Senior Year” (2008) – both of which enormously increased not only her popularity but also her net worth. By the end of the decade, Olesya also starred in the role of Cathy Reyes in the film “American Pastime” (2007), played Private Petrovich in the 2008 film “Private Valentine: Blonde & Dangerous” and she was selected to portray Abby in the TV series “Greek”, which lasted from 2009 to 2011.

To speak further about her acting career, Olesya’s next major role came when she featured as Emily Gates in the 2011 film “Apart”, which was followed by her portrayal of Melanie in the film “A Thousand Cuts” (2012) as well as Emily Smith-Dungy in “Family Weekend” (2013). Most recently, she appeared in the role of Calista Secor in the TV series “Powers” (2015-2016) and featured as Amber in the TV film “Devious Nanny” in 2018, so her net worth is certainly rising.

When it comes to her personal life, Olesya Rulin dated actor Andrew Gray McDonnell in 2013, after which she was in a relationship with actor Nico Tortorella in the same year. However, there are no rumours of current romance, so she is probably still single; her current residence is in Los Angeles, California. In her spare time, she is active on her official Twitter and Instagram accounts. 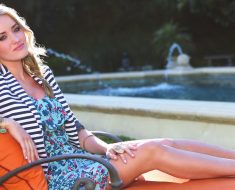 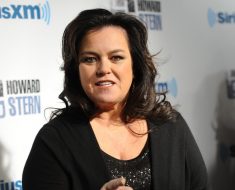 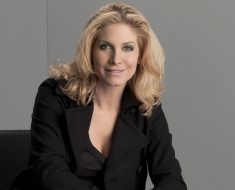 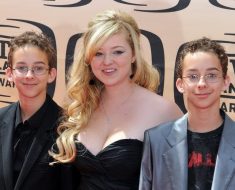