Nora Cabaltera Villamayor was born on the 21st of May, 1953, or more commonly known by her stage name of Nora Aunor, is a Filipino actress, singer, and producer, who rose to fame for her award-winning performances in the movies “Himala”, “Tatlong Taong Walang Diyos”, and “Bona” among others.

So how much is Aunor’s net worth? As of late 2017, based on authoritative sources it is reported to be over $20 million acquired from her years as an actress and singer which began in the 1960s.

Born in Iriga, Camarines Sur, Aunor is the daughter of Antonia Cabaltera and Eustacio Villamayor; with nine siblings she grew up in the provinces of the Philippines. She studied at Mabini Memorial College and Nichols Air Base Elementary School.

Aunor’s claim to fame started when she won the singing competition “Tawag ng Tanghalan” in 1967, which led to guest appearances in various musical variety shows including “An Evening with Pilita” and “Carmen on Camera”. Soon, then famed Sampaguita Pictures signed Aunor to a non-exclusive contract with the company, to launch her acting career. Some of her earlier projects consisted of teeny-bopper supporting roles including “All Over World” and “Way Out of the Country”. Her early years in showbiz still helped setup her career and also her net worth.

During the late ‘60s to early ‘70s, Aunor’s career started to make traction when she and actor Tirso Cruz III became an iconic tandem, appearing in several teen movies and becoming known as “Guy and Pip.” It was also during this time that Aunor’s TV show “The Nora Aunor Show” took-off in 1971, and ran until 1989.

Meantime, in 1973 Aunor created her own production company NV Productions, and it was also the time that she started to dive into heavier roles. Some of her movies in the ‘70s that gained her multiple Best Actress nominations included “Fe, Esperanza, Caridad”, “Banaue: Stairway to the Sky” and “Tatlong Taong Walang Diyos” in which she won the first ever Gawan Urian Award.

Other notable films in which Aunor appeared in the ‘70s include “Minsa’y isang Gamu-gamo”, “Atsay” – winning the only Best Performer Award in the history of Metro Manila Film Festival – and “Ina ka ng Anak Mo”. Her rising career as a dramatic actress catapulted her to new heights and tremendously increased her wealth.

When the ‘80s started, Aunor’s career continued to thrive. Some of her most memorable performance during the decade includes “Bona” – a film now archived at The Museum of Modern Art in New York – and the remarkable film “T-Bird at Ako”, with rival star Vilma Santos, which they played lesbian lovers.

Probably the most iconic film of Aunor’s career is 1982’s “Himala” – in the film she played a young girl who has claimed to see the Virgin Mary, and becomes a saint and faith healer in her small town. The film won numerous local and international awards including the Berlin International Film Festival, the 19th Chicago Film Festival, and CNN APSA Viewer’s Choice Award in 2008.

Upon the ‘90s, Aunor’s career started to slow down, but she still managed to create award-winning films; for “Andrea, Paano Ba ang Maging Isang Ina”, she won all five Best Actress awards in all the award-giving bodies in the Philippines, and in 1994, her film “Flor Contemplacion” earned her first international best actress award at the Cairo International Film Festival.

Aunor’s career then slowed down considerably – after filming “Naglalayag” in 2004, she went on an 8-year hiatus, and settled in the United States.

However, Aunor is still active as an actress, and some of her most recent projects include “El Presidente”, “Thy Womb”, “Hustisya” and “Dementia”. Her success in the Philippine film industry has garnered her the nickname “Superstar”, as well as tremendously increasing her net worth over the years.

In terms of her personal life, Aunor was married to fellow actor Christopher de Leon from 1975 to 1996. They have one son and four other adopted children. She is believed to have been officially single since then. 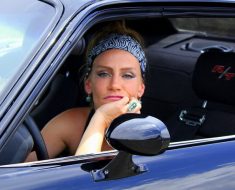 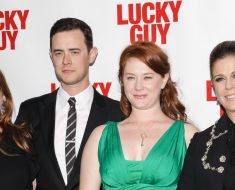 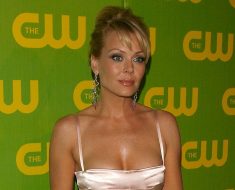 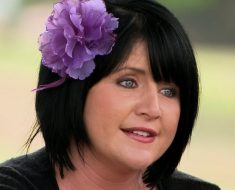 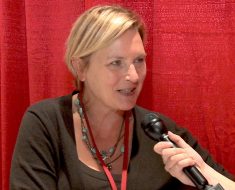