Nicholas D. “Nick” Woodman was born on 24 June 1975, in Woodside, California USA, to Concepcion, of Hispanic descent, and Dean Woodman, a known Quaker investment banker. He is a businessman and philanthropist, best known as the founder and CEO of GoPro technology company.

So just how wealthy is Nicholas Woodman? Sources state that Woodman’s net worth is estimated at close to $1 billion, as of early 2017, largely established through his involvement in GoPro.

Woodman grew up in Menlo Park and Atherton, California. His parents eventually divorced and his mother re-married Irwin Federman, General Partner of US Venture Partners. He attended the Menlo School, where he became an avid surfer, selling t-shirts at to raise money for the surfing club he started at the school. He then enrolled in the University of California, San Diego, obtaining his BA degree in visual arts and a minor in creative writing. Upon completing his education, Woodman launched straight into business, starting EmpowerAll.com, a website selling electronic goods. He also launched Funbug, a gaming and marketing platform. Unfortunately, both start-ups soon proved to be failures.

Then, while on a surfing trip in Australia and Indonesia, he came up with the idea of a still camera attached to a person’s body, to capture quality action photos and videos, which became his motivation to start his own camera company. He went on to sell shell necklaces from his van to raise money for his new venture, and his mother loaned him some money, and gave him her sewing machine to sew and sell camera straps. His father gave him $235,000 as an investment and $200,000 as a loan, and so Woodman founded GoPro in 2002, with the name being inspired by his aim to create a camera system that would capture close-up footage. Whereas the initial models were ‘point and shoot’ type 35 mm film cameras wearable on the user’s wrist, the company has since developed its products into highly-advanced compact designs with wifi and waterproof housing, that can be remotely controlled, that have storage card memory slots for micro SD cards, and that are affordable to the average action sports enthusiasts. Finally his net worth was established.

Woodman’s company made its first bulk sale when a Japanese company ordered 100 cameras at a sports show in 2004. That year, its revenues were about $150,000, which grew to over $350,000 in 2005, with sales doubling every next year. Woodman started to earn serious money.

In 2012, GoPro sold over 2.3 million cameras, boosting Woodman’s wealth. The same year, Foxconn purchased 8.88% of the company for $200 million, increasing its market value to $2.25 billion, making Woodman a billionaire. After the company went public in 2014, he became the highest paid CEO in the country, paying himself $235 million.

In 2015 the company had over 500 employees, however, the following year weak sales meant job cuts, first laying off about 7%, and later an additional 15% of its workforce. Aside from job cuts and falling stock prices, 2016 brought other problems to Woodman and his business. Reportedly, a class action lawsuit was filed against GoPro, alleging that the company had deceived investors into losses by giving false and misleading statements, and overstating customer demand, especially in connection with the Karma drone model. Not long after, Woodman was listed as one of the year’s worst CEOs, but the case is on-going.

Speaking about his private life, Woodman married Jill R. Scully, his long-time girlfriend, in 2012. They have three children together. He is very active in philanthropy. In 2014, he and his wife donated GoPro shares valued at $500 million to the Silicon Valley Community Foundation. through which they founded the Jill + Nicholas Woodman Foundation. This action made Woodman one of the biggest donors in the tech industry that year. 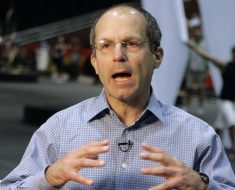 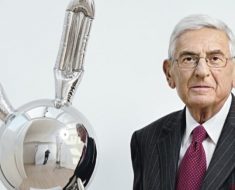 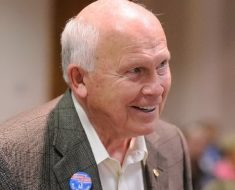