Néstor Gastón Carbonell was born on the 1st December 1967, in New York City, USA, and is an actor as well as a screenwriter and director who is probably best known for starring in Hollywood blockbusters such as “The Dark Knight” (2008) and “The Dark Knight Rises” (2012), as well as for appearing in hit TV series such as “Lost”, “Suddenly Susan” and “Bates Motel”, among plenty of others.

Have you ever wondered how much wealth this American actor has accumulated so far? How rich Nestor Carbonell is? According to sources, it is estimated that the total of Nestor Carbonell’s net worth, as of late 2017, revolves around the sum of $3 million, acquired largely through his professional acting career which has been active for almost 30 years, since 1989.

Nestor is the younger of two children of Rosa Ramírez de Arellano Cárdenas and Néstor Tulio Carbonell Cortina. Apart from being American, he is also of Cuban and Spanish ancestry, and was raised in a Roman Catholic manner. A great part of his childhood was split between 13 countries, including Mexico, UK, and Venezuela where he began his education at The British School in Caracas. Upon returning to the States, he enrolled at Massachusetts’ Deerfield Academy. Nestor later went to Harvard University from which he graduated in 1990, earning his Bachelor of Arts degree in English language.

Nestor’s acting debut actually occurred in 1989, when he appeared in one episode of “As the World Turns” TV series. This was followed by a streak of several more television appearances, such as in “Law & Order”, “A Different World” and “Reasonable Doubts” TV series. The real breakthrough in Carbonell’s acting career occurred in 1995, when he was cast for the role of Gianni in the Warner Bros’ sitcom “Muscle”. Subsequently he was cast for the recurring role of Luis Rivera in NBC’s sitcom “Suddenly Susan”, opposite Brooke Shields in the title role for four seasons, and for which he was honored with two ALMA Awards. All these engagements provided the basis for Nestor Carbonell’s current net worth.

Prior to his screenwriting and big screen debut in the 2000 comedy movie “Attention Shoppers”, Nestor appeared in “Resurrection Blvd.” TV series before starring in FOX’s sitcom series “The Tick” as Batmanuel. He then voice-acted as Señor Senior Jr. in Disney Channel’s animated series “Kim Possible”, before landing the main role in the 2003 comical drama movie “Manhood”. In 2004 he starred in the leading role of Tom Montero in TV series “Century City”, while between 2004 and 2006 he occasionally appeared in the medical drama series “Strong Medicine”. In 2006 Carbonell co-starred with Ryan Reynolds, Jeremy Piven, Ray Liotta and Ben Affleck in the action movie “Smokin’ Aces”. All these accomplishments helped Nestor Carbonell to dramatically increase the total size of his revenues.

In 2007 Nestor landed the recurring as well as memorable role of Richard Alpert in ABC TV’s drama series “Lost”, which he reprised ’til 2010. Alongside Christian Bale, Heath Ledger and Garry Oldman, Carbonell meanwhile appeared in Christopher Nolan’s 2008 blockbuster “The Dark Knight”, starring as the Mayor of Gotham City, and reprising the role in the franchise sequel “The Dark Knight Rises” in 2012. Between 2010 and 2011, he gave his voice to Savio from “The Penguins of Madagascar” while between 2011 and 2012 he regularly appeared in the “Ringer” TV series. Doubtlessly, all these achievements boosted Nestor Carbonell’s revenues by a large margin.

From 2013 to 2017, Nestor portrayed Sheriff Alex Romero in A&E’s psychological horror drama TV series “Bates Motel” and between 2014 and 2015 he starred in NBC’s espionage thriller TV series “State of Affairs”. Some of Nestor’s more recent works include appearances in movies such as “Director’s Cut” and “Imperium” both in 2016, as well as in 2017 biographical drama “Crown Heights”. All these appearances have helped Nestor Carbonell to significantly enlarge the size of his wealth.

When it comes to his personal life, Nestor Carbonell has been married since 2001 to colleague, actress Shannon Kenny with whom he has two sons; the family currently resides in Los Angeles, California. 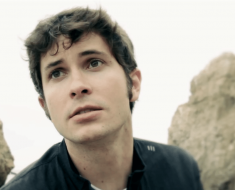 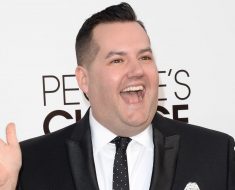