Misha Mansoor, is a guitarist and producer born on 31st October 1984 in Bethesda, Maryland, USA, of Mauritian and Jewish descent. Perhaps better known by his stage name Bulb, he is noted for being the founder and lead guitarist of the progressive metal band “Periphery”. Apart from this, his other projects have include collaboration with groups such as Of Man Not Of Machine, Four Seconds Ago and many others.

Have you ever wondered how rich Misha Mansoor is? According to sources it has been estimated that Misha Mansoor’s overall net worth is over $1 million, acquired largely through a notable music career which he started in 2005. Since he is still an active member of the entertainment industry, his popularity and net worth continues to increase.

Misha was born to Ali Michael Mansoor, the former Financial Secretary at the Ministry of Finance and Economic Development in Mauritius. He was raised in the US, and his professional music career started in 2005, when he founded the band Periphery, which has subsequently released seven albums – the first self-titled, and whose first EP named “Icarus” was released in 2011. The group’s latest album was released in 2016 entitled “Periphery III: Select Difficulty”, all adding steadily to his net worth.

Apart from his engagement in this band, Misha has also taken part in projects such as the studio project Haunted Shores, Of Man, Not Of Machine, and punk project Snuggles. In addition, he was also a member of Four Seconds Ago electronic band in which he cooperated with another member of the Periphery band Jake Bowen.

In May 2013 Misha started his solo career, announcing he would be writing, producing and performing his first album entirely by himself. The same year he founded the Top Secret Audio production company with Adam “Nolly” Getgood. However, his producing career had begun with Periphery’s second album “Periphery II: This Time It’s Personal” in 2012, then co-writing and producing the “Animals as Leaders” album of the group, which led him to producing more bands, including Born of Osiris, Veil of Maya and many others. Misha and Steve Vai were selected to contribute to the Halo 2 Anniversary Original Soundtrack, and Mansoor also contributed to the Destiny Rise of Iron soundtrack.

When it comes to his musical style, Misha has stated that his main influences were Josh Petrucci, Fredrik Thordendal and Allan Holdsworth, among others.

When it comes to his private life, Mansoor prefers to keep his personal life away from the preying eyes of public, so there is not much information available, although he is apparently dating Faith – no other details. 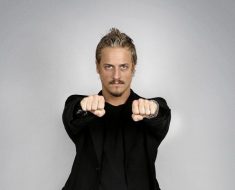 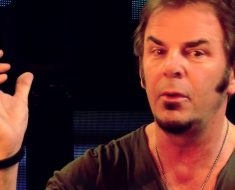 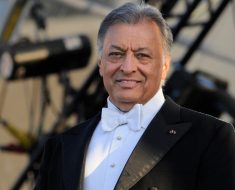 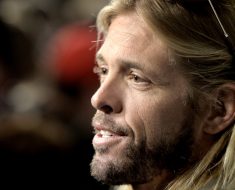