Born Mindy Lee Sterling on the 11th July 1953 in Paterson, New Jersey USA, she is a Primetime Emmy Award- nominated actress, perhaps best known to the world as Frau Farbissina in the “Austin Powers” film franchise, and as Susan Skidmore in the TV series “A.N.T. Farm” (2011-2013). Also, she is the voice of such characters as Lin Beifong in “The Legend of Korra” (2012-2014), and Ms. Endive in “Chowder” (2007-2010), among many other differing achievements.

Have you ever wondered how rich Mindy Sterling is, as of late 2017? According to authoritative sources, it has been estimated that Sterling’s net worth is as high as $4 million, an amount earned through her long and prolific career, which has been active since the early ‘70s. During her career, Mindy has been credited in over 190 film and TV titles.

Mindy is the daughter of Dick Sterling, famed actor and comedian; she grew up in her hometown with her brother Mark Sterling.

Her career started in 1973 when she landed a recurring role in the children’s series “Dusty’s Treehouse”, and after that joined the comedy troupe The Groundlings, but it wasn’t until the early ‘90s that she came to prominence, despite securing various roles in a number of TV series and films. Her first notable role was as Frau Farbissina in the comedy film “Austin Powers: International Man of Mystery”, a role repeated in the sequels “Austin Powers: The Spy Who Shagged Me” (1999), and “Austin Powers in Goldmember” (2002), which increased her wealth to a large degree. Also in the ‘90s, Mindy featured in the horror fantasy “Idle Hands” (1999), and “Drop Dead Gorgeous” (1999), which also contributed to her wealth.

She started off the new millennium with the role of Clarnella in the fantasy film “How the Grinch Stole Christmas” (2000), and then played Ramona in the comedy “Totally Blonde” (2001). She didn’t have much further notable success until 2007, when she was given the role of Ms. Francine Briggs in the TV comedy series “iCarly” (2007-2012), appearing in several episodes of the award-winning show and further increasing her wealth. Three years later she portrayed Mitzi Kinsky in the TV series “Desperate Housewives” (2010-2011), while in 2012 she was a cast member of the award-winning drama film “Any Day Now”, directed by Travis Fine, and starring Alan Cumming, Garret Dillahunt and Isaac Leyva. The following year she secured the role of Janice Nugent in the TV series “Legit”, and has remained focused primarily on TV roles in recent years, playing such characters as Bobbie in “Con Man” (2015-2017), for which she earned Primetime Emmy Award- nomination, and “The Off Season” (2017).

Regarding her personal life, Mindy has one child, a son Max, with her ex-husband Brian Gadson.

Back in 1998, she had health problems as she was diagnosed with breast cancer during a mammogram check, so underwent lumpectomy, Chemotherapy, tamoxifen and radiation treatment, managing to defeat the illness and since remaining healthy. 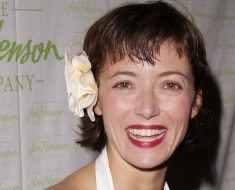 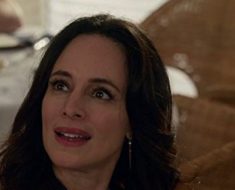 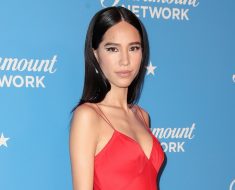