Michelle Denise Bernard was born on 30th July 1963, in Washington D.C., USA, of Jamaican parents, and is a lawyer, journalist, author as well as a columnist. She is also known as the CEO and President of the Bernard Centre for Women, Politics & Public Policy. Bernard has been active since the 1990s.

How much is the net worth of Michelle Bernard? It has been estimated by authoritative sources that the overall size of her wealth is as much as $1 million, as of the data presented in the middle of 2017.

To begin with, the girl was raised in Washington D.C. – there is no information about her early childhood and schooling, however, it is known that she earned a Bachelor’s degree at Howard University majoring in Philosophy and Political Science. Moreover, she studied at Georgetown University Law Centre, from where she earned her Juris Doctor degree. In 2016, Michelle was honoured with Distinguished Alumni Achievement Award in the Fields of Media, Journalism and Public Policy from Howard University.

Concerning her professional career, it has been varied – Bernard was one of the partners of the international law firm Squire Patton Boggs. In 2000, Michelle served as a member of the Inaugural Committee of President George W. Bush. Moreover, she was appointed as the chair of the District of Columbia’s Redevelopment Land Agency. In addition to this, she is usually seen on television as a legal and political analyst for CNN, Al Jazeera, MSNBC and other channels. Bernard serves as a columnist of a newspaper Roll Call. Her articles were published in other newspapers as follows Huffington Post, The Washington Post, The Root and The Seventy Four. Furthermore, she is the author of two books as follows “Women’s Progress: How Women Are Wealthier, Healthier, and More Independent Than Ever Before” released in 2007 as well as “Moving America Toward Justice: The Lawyers’ Committee For Civil Rights Under Law, 1963-2013” released in 2013.

Moreover, Michelle Bernard serves as an Executive Board member of the International Women’s Forum, She is known to have served as the CEO and President of the non-profit organizations Independent Women’s Voice and Independent Women’s Forum; a member of the Board of Directors of the Coalition for Opportunity in Education, and of the Board of Trustees of Hampton University, as well as an Advisory Board Member of the American Board for Certification of Teacher Excellence. At the Washington Speaker’s Bureau, Michelle serves as the speaker. Regarding honours and awards, she was named a Rising Star by the Essence Magazine in 2014, and the Spring Mary Louse Smith Chair in Women and Politics in 2015. The same year, Bernard was also honoured with Anvil of Freedom Award for Democracy and Journalism.

Finally, in the personal life of Michelle Bernard, she has married twice. She had two children with first husband Joe Johns – they divorced in 2008. Since 2014 she has lived with her second husband – unnamed – and children in Potomac, Maryland. 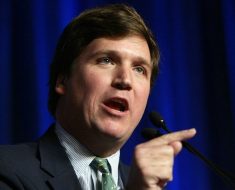 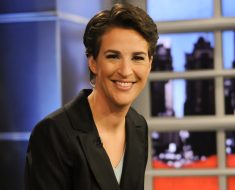