Have you ever wondered how rich Michael Copon is, as of mid- 2017? According to authoritative sources, it has been estimated that Copon’s net worth is as high as $500,000, an amount earned largely through his acting career, which has been active since 2000.

Michael is a native of Chesapeake, where he went to Depp Creek High School from which he matriculated in 2000. Michael is of mixed ancestry, since his father is Filipino, while his mother has English, Scottish, and German ancestry.

Michael’s career commenced in 2001 when he was selected as a Blue Power Ranger in the “Power Rangers Time Force”, and portrayed the same character in the film sequels. After the successful start of his career, Michael auditioned for other roles, and in 2004 was selected for the role of Felix Taggarro in the TV series “One Tree Hill” (2004-2005), sharing the screen with stars of the show, Chad Michael Murray, James Lafferty and Hilarie Burton, among others. Then in 2006, he appeared in the sports drama “All You’ve Got”, however, the film wasn’t well received by the public. Nevertheless, he bounced back with the role of Vin Keahi in the TV drama series “Beyond the Break” (2006-2009), and had a successful 2007 year when he was cast as Penn in the sport comedy “Bring It On: In It to Win It”, next to Ashely Benson, Cassandra Scerbo and Noel Areizaga, and continued in the same vein into 2008, when he was selected for the lead role of Mathayus in the fantasy action adventure “The Scorpion King: Rise of a Warrior”, with Karen David and Simon Quarterman. Unfortunately, he has stayed in the shadows of the entertainment scene, never reaching high-flying films, though he has had several successful accomplishments. In 2011 he played Michael in the horror thriller “247°F”, starring Scout Taylor-Compton, Christina Ulloa and Travis Van Winkle, and the next year he was Tommy in the comedy “Music High”, and its sequel “Fearless” (2015), which increased his net worth.

In recent years, Michael drifted into the producing and directing area of the film industry, and so far has worked on such titles as “Worth the Price” (2016), which is his directorial debut, “Space Samurai: Oasis”, which is yet to be released, and TV series “Dystopia”, also scheduled for release later this year; he also appeared in those productions.

Mike has also started a career as a radio host; since 2012 he has been co-hosting “Saturday Night with Trina & Mike”, with Trina Olson on the Positive Hit Radio the Current, WJLZ 88.5 FM, which has also increased his wealth.

Regarding his personal life, Michael is currently single, but in the past, he has been in a relationship with Cassandra Scerbo, and according to some sources he was in a brief relationship with TV reality star Kim Kardashian West, back in 2010. Furthermore, Michael was engaged to a Kathy, but their liaison fell apart, like the rest of Michael’s relationships.

He is known for his philanthropic endeavors, including being a member of the celebrity basketball team, Hollywood Knights, which focuses on raising funds for schools and other charitable organizations that are part of the Greater Los Angeles area. 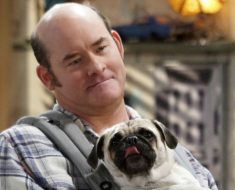 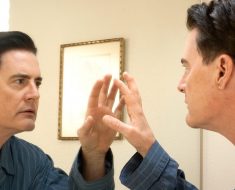 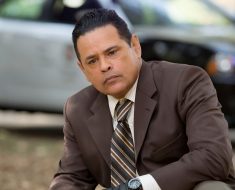