Michael David Mccready was born on the 5th April 1966, in Pensacola, Florida USA, and is a guitarist, best known to the world for being the lead guitarist of the grunge band Pearl Jam, founded in 1990, by Mike, Jeff Ament, Stone Gossard, Eddie Vedder and Dave Krusen. Mike`s career started in 1979.

Have you ever wondered how rich Mike McCready is, as of late 2016? According to authoritative sources, it has been estimated that Mike`s net worth is as high as $70 million, an amount earned through his successful career as a musician. Apart from Pearl Jam, Mike has played in several other bands, including Temple of the Dog, The Rockfords, and his own band Mad Season, which have also improved his net worth.

Although born in Pensacola, Mike spent his childhood in Seattle, since his family moved there when he was still a child. He was influenced by rock music since his early days since his parents were big fans of Jimi Hendrix, while his friends were drawn to the sounds of Kiss and Aerosmith. He took his first steps towards music when he was 11 years old, when he bought his first electric guitar and started taking lessons. He attended Roosevelt High School, and formed the band Warrior, but changed its name to Shadow, soon after. He had moderate success with his band, firstly playing covers from other rock bands, but as time went by, they started making their own music – the band even got to Los Angeles, but failed to sign a record deal. After that, his band broke up, and Mike enrolled at a community college and worked in a video store. He gave up music for quite some time, but after hearing Stevie Ray Vaugh live at one of his many concerts in the late 1980s, Mike picked up his guitar once again, and since then has hardly let it out of his hands.

He joined the band Live Chile, but that didn`t last long, and soon after, he, Steve Gossard and Jeff Ament tried to start their own band, but instead joined Chris Cornell`s Temple of the Dog, alongside Matt Cameron. The band released only one album, in 1991, entitled “Temple of the Dog”, which was highly appreciated, as it achieved platinum status in the US and Canada tool.

In 1990, the trio recruited Eddie Vedder as a singer and formed Mookie Blaylock, which became Pearl Jam, when they signed with Epic Records in 1991. They had trouble finding a regular drummer, as Dave Krusen left, was replaced by Matt Chamberlan, who soon also left, and were joined by Dave Abbruzzese. Their first album came out in 1991 entitled “Ten”, and it reached No. 2 on the US Billboard 200 chart, and its commercial success was eponymous; achieving diamond status in the US, nine times platinum in Canada, three times platinum in the UK and eight times in Australia, increasing Mike`s net worth by a large margin, but also encouraging the band to continue to work together.Two years later Pearl Jam released their second album “Vs.”, and it topped the US Billboard 200 chart, while also achieving seven times platinum status in the US, five times platinum in Canada, which only increased further Mike`s net worth.

Regarding his personal life, Mike has been married to Ashley O` Connor since 2005; the couple has three children.

During his life, Mike has had several problems with drug and alcohol abuse, but has apparently managed to overcome them. Also, he has suffered from Crohn`s disease since 21, and ever since has raised awareness about the disease and the problems that comes with it. Furthermore, he holds a concert every year in support of Crohn’s and Colitis Foundation of America, among other activities. 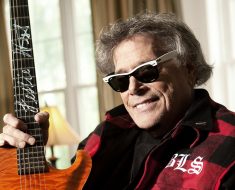 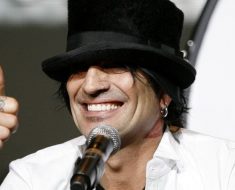 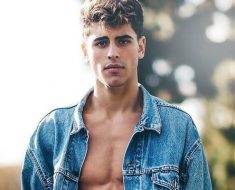 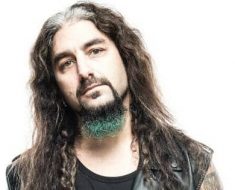