Max Azria was born on the 1st January 1949, in Sfax, Tunisia of Tunisian and Jewish ancestry. He is a French fashion designer, who is probably best recognized for being the founder of a women’s clothing brand named BCBG Max Azria, so he is also known as the CEO, chairman and designer of the BCBG Max Azria Group, a fashion company which holds within its pervue over 20 brands. His career has been active since 1970.

So, have you ever wondered how rich Max Azria is, as of late 2016? According to authoritative sources, it has been estimated that Max counts his net worth at the impressive amount of $1.2 billion, which has been accumulated through his successful involvement in the fashion industry.

Max Azria spent his childhood with five older siblings in his hometown; one of his siblings is Serge Azria, who is also known in the media as a fashion designer. He received his initial education in the south of France before he moved with his family to Paris in 1963. While there, he became very interested in design and fashion.

With the beginning of the 1970s, Max’s professional career in the fashion industry began, as he started designing a line of women’s outerwear. After 11 years of experience, he made a decision to relocate from Paris to Los Angeles, California in 1981, where he continued to pursue his career further. Subsequently, his big break came when he launched a series of retail boutiques for women named Jess. Eight years later, in 1989, Max established his company in California under the name “BCBG Max Azria”, which was developed from the French phrases “bon chic bon genre”, that means “good style good attitude”. Since then, his net worth has only gone upwards, as well as his popularity.

His next big step came in 1996, when he presented his first collection called The BCBG Max Azria Runway collection at New York Fashion Week. Furthermore, Max expanded his collection in 1999, adding outwear for men and a plus size line of apparel for women, which also increased his net worth by a large margin.

In 2004, he presented two new collections – “Max Azria”, and “Max Azria Atelier” which was created for red carpet events. Thus, he has collaborated with such celebrities as Alicia Keys, Angelina Jolie, Beyoncé Knowles, Jennifer Lopez, Halle Berry, Sharon Stone, and Fergie. Max has also relaunched the Hervé Léger fashion brand with his own designs in 2007. In the following year, he produced three major fashion shows – BCBG Max Azria Runway, Max Azria and Hervé Léger – at New York Fashion Week. His net worth was certainly rising. Most recently, he collaborated with Miley Cyrus, designing clothes for her tour and launchiong the collection Miley Cyrus & Max Azria.

Thanks to his popularity, “BCBG Max Azria” became a brand well-known all over the world, as it has over 550 boutiques in such locations as Paris, London, Hong Kong, and Tokyo. His company has also collaborated with a variety of publications, including “Vogue”, “Vanity Fair”, “InStyle”, etc.

To speak about accomplishment in the fashion industry, Max has won a number of awards, including the California Designer of the Year award in 1995, Fashion Performance Award in 1997, and in the same year he was inducted in the Council of Fashion Designers of America (CFDA).

Regarding his personal life, Max Azria has been married to Lubov Azria, a chief creative officer of BCBG Max Azria Group, since 1992 and with whom he has three children. He also has three children from his previous marriage. Max’s current residence is in Holmby Hills, Los Angeles, California. 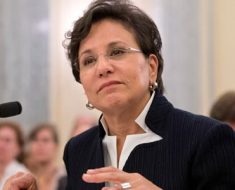 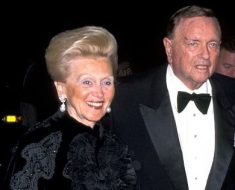 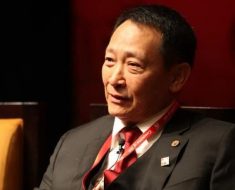