Marcia Anne Cross was born on 25th March, 1962 in Marlborough, Massachusetts, USA. She is an actress well known for her roles in popular television series such as “Melrose Place” (1992–1997) and “Desperate Housewives” (2004-12). Marcia Cross has been active in the industry since 1984.

Wonder, how rich is she? It has been reported that currently Marcia Cross’ estimated net worth is as much as $45 million. Acting is the main source of her wealth.

She was born into a family of a teacher, Janet Cross, and a personnel manager, Mark Cross. Marcia has two sisters. In 1984 Marcia graduated from Juilliard having a bachelor degree in acting. In 2003 she graduated from Antioch University Los Angeles with a master’s degree in psychology.

Firstly, Marcia Cross debuted on television in the daytime soap opera “The Edge of Night” (1984). Later, she appeared in other soap operas as “Another World” (1986), “One Life to Live” (1986–1987) and others. More, she appeared in several television films including “Brass” (1985), “George Washington II: The Forging of a Nation” (1986), “The Last Days of Frank and Jesse James” (1986) and “Storm and Sorrow” (1990). Marcia really rose to prominence when appearing in the soap opera “Melrose Place” (1992–1997) in the role of Kimberly Shaw. Even though the series received mixed reviews from critics, TV addicts loved that one and it owned high ratings. More, it increased the net worth and popularity of the actress very much. Afterwards, Marcia appeared in episodes of various television series including “Ned & Stacey” (1997), “Touched by an Angel” (1999), “Boy Meets World” (1999), “The Outer Limits” (1999), “Hello Charlie” (2000), “CSI: Crime Scene Investigation” (2001), “The King of Queens” (2002–2003). However, the best role Marcia has landed so far is the role of Bree Van de Kamp in the series “Desperate Housewives” (2004–2012) created by Marc Cherry. Cross won a Satellite Award as the Best Actress in Television Series Musical or Comedy and shared two Screen Actors Guild Awards for Outstanding Performance by an Ensemble in a Comedy Series with the rest of the cast. To add more, she was nominated for the Primetime Emmy Award, Golden Globe Award, Screen Actors Guild Award, Satellite Award, Prism Award and TCA Award for Individual Achievement in Comedy.

Furthermore, Marcia Cross landed a few roles on the big screen. She was cast in supporting roles in the films “Bad Influence” (1990) directed by Curtis Hanson, “Just Peck” (2009) directed by Michael A. Nickles and “Bringing Up Bobby” (2011) directed, written and produced by Famke Janssen. In 1996, she starred in the lead role in the film “Always Say Goodbye” (1996) directed and written by Joshua Beckett.

In her personal life, Marcia Cross was in a long-term relationship with the actor Richard Jordan. They were together until his death though he was 25 years senior. In 2006, she married Tom Mahoney, who worked as a stockbroker. In 2007, at the age of 45 she gave birth to twin girls after a successful in vitro fertilization program. 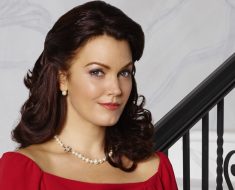 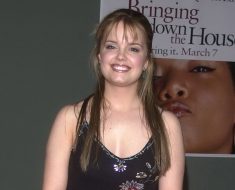 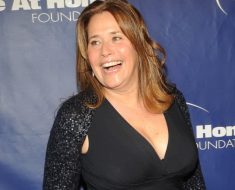 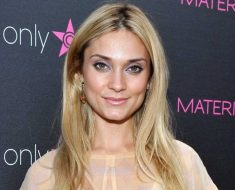 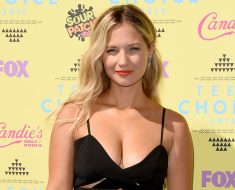