Lucero Hogaza León was born on 29 August 1969, in Mexico City, Mexico, to Lucero León and Antonio Hogaza of Mexican descent. She is a singer, songwriter, actress and television host, best known for starring in a number of hit telenovelas, and for releasing several platinum-selling albums.

So just how wealthy is Lucero? According to sources in late 2016, Lucero’s wealth reaches $20 million. Her net worth has been accumulated through her involvement in the entertainment industry now spanning over 35 years.

Lucero’s acting and singing career started in early ’80s, performing as Lucerito in various juvenile programs such as “Alegrías de Mediodía”, “Juguemos a Cantar” and “Chiquilladas”. She made her television debut in 1982, with a starring role in the telenovela “Chispita”, and the same year she released her debut album “Te Prometo”. Her film debut came in 1983, with the role of Rocio in the musical drama film “Coqueta”, a big success in Mexico, then the following year she released her second album, “Con tan pocos años”, and played Cecilia Suárez in the musical/romance film “Deliquente”. Lucero was clearly in demand, which ensured the growth of her net worth.

In 1985, Lucero starred in the musical drama “Fiebre de Amor”, receiving critical acclaim, and around the same time made her theatre debut, playing Doña Inés de Ulloa in the play “Don Juan Tenorio”. In 1987 she starred in the musical/comedy “Escápate Conmigo”, while her next album, the 1988 “Lucerito”, reinforced her status as a solid pop singer. Lucero’s next major role came with the film “Quisiera Ser Hombre” in 1988, and her sixth album, “Cuéntame” came out the following year. Her rising popularity earned her the position of spokesperson for PepsiCo International, for their drink Mirinda, and became the central image as the Head & Shoulders shampoo campaign for Latin America. At the end of the ’80s, Lucero was considered as one of the best singers in both Latin America and the USA, establishing a huge fan base. All contributed to her net worth.

The next decade saw Lucero starring in the telenovela “Cuando llega el amor”, for the first time as an adult. She went on to appear in other telenovelas as well, such as “Los Parientes Pobres” and “Lazos de Amo”. She also starred in the comedy film “Deliciosa sinvergüenza”. As for her singing career, after a special EP entitled “Cuando llega el Amor”, a major hit in Latin America, Lucero released several successful albums, including “Lucero de México”, “Lucero” and “Siempre Contigo”. She also went on several major campaigns, such as for Radio Móvil Dipsa’s Telcel, Grupo Bimbo’s healthy and fresh bread and Banamex’s TV spot of its 100 years of existence. In the late ’90, she began hosting the philanthropy show “Telethon Mexico”. Having her hand in all these projects enabled Lucero to significantly improve her net worth.

The artist went on to establish new promotion deals in the early 2000s as well, such as for PepsiCo, AT&T and Procter & Gamble. During this period, she released a number of albums too, including the acclaimed “Mi Destino” and “Quiéreme Tal Como Soy”. She starred in several telenovelas, such as “Mi Destino Eres Tú”, “Alborada” and “Mañana es para siempre”, and also in the musical adaptation of “Regina”, receiving critical acclaim. She played Esperanza Alcalá in the popular Mexican film “Zapata: El sueño de un héroe”, and served as hostess of the TVyNovelas Awards and Latin Grammy Awards. As of 2010, Lucero has starred as Valentina Villalba Rangel in the hit telenovela “Soy Tu Dueña”, and as Helena Moreno Romero in “Por Ella Soy Eva”. She has released four albums, the last one being the 2014 “Aqui Estoy”. Lucero currently stars as Tereza Lários in the Brazilian telenovela “Carinha de Anjo”.

Throughout her career, Lucero has starred in seven films and ten telenovelas. Her singing career includes over 22 million records sold worldwide, and numerous platinum-seller and chart-topping albums. All enabled her to earn the status of a star, receiving a number of awards and establishing a considerable wealth.

In her personal life, in 1997 Lucero married singer Manuel Mijares, with whom she has two children; the couple has been separated since 2011. She is currently in a relationship with Michael Kuri. 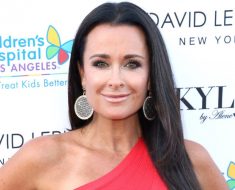 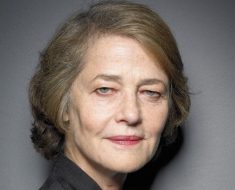 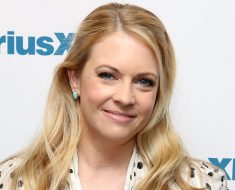 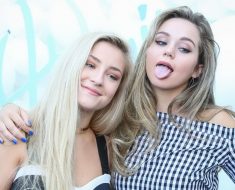