Lola Glaudini was born on 24 November 1971, in Manhattan, New York City USA, to Nina Rosen, a writer and college instructor, and Robert Glaudini, a playwright of Italian descent. She is an actress, best known for her role of Deborah Ciccerone-Waldrup in the television series “The Sopranos”, and as Elle Greenaway in the series “Criminal Minds”.

So just how rich is Lola Glaudini now? Sources state that Glaudini has established a net worth over $2 million, as of early 2017, accumulated during her acting career which began in the mid-‘90s.

Glaudini attended Bard College in Red Hook, New York. Her acting career started in 1996, with an appearance in the television series “NYPD Blue”. The same year she made her film debut, with a small role in the film “Without a Map”. By the end of the decade, she had made additional appearances in “NYPD Blue” as heroin-addict Dolores Mayo, as well as in the series “The Visitor” and in the film “Your Friends & Neighbors”. She also had the recurring role of Maria in the western series “The Magnificent Seven”, so her net worth was at its start.

The early 2000s saw Glaudini landing small parts in series such as “Secret Agent Man”, “G vs E” and “Special Unit 2”, and appearing in films including “Down to You” and “Groove”. In 2001 she was cast in the hit HBO crime drama television series “The Sopranos”; she played the role of Federal Agent Deborah Ciccerone-Waldrup for three seasons, until 2004, and started to become recognized in the acting world, plus her net worth began to grow.

Meanwhile, she made appearances in a number of other popular series, including “The Random Years”, “The King of Queens”, “Boomtown”, “Monk” and “Las Vegas”. She played Rada in the crime film “Blow”, and portrayed Eva Cruz in the film “Consequence”, all contributing to her rising acting career and to her wealth as well.

The year 2005 was quite busy for the actress; she appeared in the series “Crossing Jordan”, “Medical Investigation” and “ER”, and was then cast in the popular CBS police procedural crime drama series “Criminal Minds”, playing the role of Elle Greenaway until 2006 before leaving the show early in the second season. Nevertheless, her performance significantly improved her status in the world of Hollywood stars, considerably adding to her net worth.

The following year Glaudini played Sharon Papale in the sports drama film “Invincible”, and went on to land several film parts in the following few years, such as in “Drive-Thru” and “Jack Goes Boating”. She was also active on television, making guest appearances in series like “Law & Order: Criminal Intent” and “The Good Guys”. In 2010 she was cast as Kat Damatto in the short-lived NBC TV mystery drama series “Persons Unknown”.

In the years since, Glaudini has largely spent on television, making numerous guest appearances in series such as “Blue Bloods”, “Law & Order: Special Victims Unit”, “White Collar”, “Castle” and “Revenge”. Her last film appearance was in the 2014 romantic comedy/drama film “That Awkward Moment”. As of 2015, Glaudini has played Captain Shaddid in the science fiction series “The Expanse”.

Aside from the big and small screens, Glaudini has also gained some stage experience, appearing in her father’s play “The Poison Tree” as well as in the drama “Demonology”, for which she won a Drama-Logue Award as Best Actress.

When it comes to her private life, Glaudini has been married to jewelry designer Stuart England since 2005; the couple has two children, and the family resides in Brooklyn, New York City. 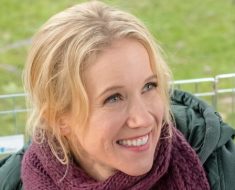 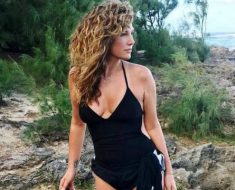 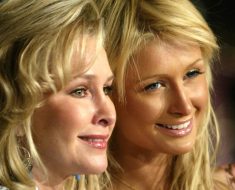 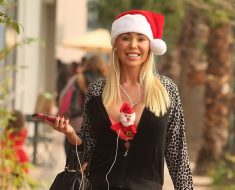 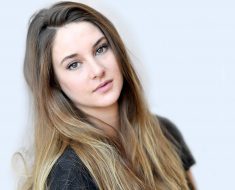