Leon Eric “Kix” Brooks III was born on the 12th May 1955, in Shreveport, Louisiana USA, and is a country musician – singer and songwriter, probably best recognized as a member of the duo Brooks & Dunn. He is also recognized as a host of “American Country Countdown” on radio. Besides that, Kix is the Chairman and President of the Country Music Association (CMA). His professional career has been active since the 1990s.

Have you ever wondered how rich Kix Brooks is, as of early 2016? According to authoritative sources, it has been estimated that the total size of Kix’s net worth is over $45 million, which has been accumulated through his successful involvement in the entertainment industry.

Kix Brooks was raised with his sister in Shreveport, where he attended Riverside Elementary School, then Sewanee Military Academy, an Episcopalian institution. At the age of 12 he started playing the guitar. He subsequently enrolled at Louisiana Tech University to study Theatre Arts in Ruston. After graduation, Kix moved to Maine and started to work for his sister’s advertising company. In no time, his father spotted his talents and had an influence on him in starting to pursue a career in the world of entertainment as a musician. Kix moved to Nashville, and found a job at the Tree Publishing, working as a staff songwriter. He wrote a few hits, including the “Modern Day Romance”, sung by the Nitty Gritty Dirt Band in 1985.

Four years later, Kix released his self-titled debut solo album, but the release wasn`t as successful as he expected, as it even failed to chart. However, he didn`t quit music, as he formed a country duo with musician Ronnie Dunn, on a suggestion from Tim DuBois. The two released ten studio albums, five of which topped the US Country chart, which increased Kix’s net worth by a large degree. Their first album came out in 1991, entitled “Brand New Man”, reaching No. 3 on the US Chart, and also achieving six times Platinum status. Throughout the 1990s, their popularity was extraordinary, as every album they released achieved at least double platinum status. The album “Waitin’ on Sundown”, released in 1994, was their first No. 1 album, and was followed by another No. 1 album “Borderline” in 1996. Before the 2000s, they released two more albums “If You See Her” (1998), and “Tight Rope” (1999), which further added to Brooks` net worth.

They continued to line up success after success in the 2000s, with the albums “Steers & Stripes” (2001), which was their third No. 1. The next two albums “Red Dirt Road” (2003), and “Hillbilly Delux” (2005), also topped the charts, and achieved platinum status, further adding to Brooks` net worth.

Before their disbanded in 2009, the duo released one more album in 2007, entitled “Cowboy Town”. Most recently, the duo has reunited, and was on a tour in 2015, however, there are no details about a new studio album.

When Brooks and Dunn parted ways, Kix started to work on his second studio album, which he released in 2012, entitled “New to This Town”, and has also released his third album “Ambush at Dark Canyon”, in 2014, which has also added to his net worth.

Thanks to his talents, Brooks has received numerous prestigious awards, including the Country Music Association Vocal Duo of the Year 16 times as a part of Brooks & Dunn. Furthermore, he became a part of the Louisiana Music Hall of Fame in 2013.

Speaking about his personal life, Kix Brooks has been married to Barbara for over 30 years; the couple has two children. In free time he works with several charities, such as Monroe Harding Children’s Home, for which he is the local spokesperson. 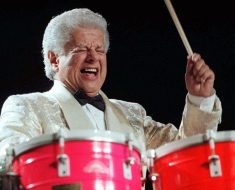 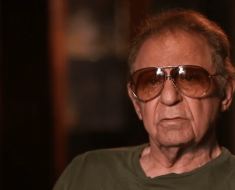 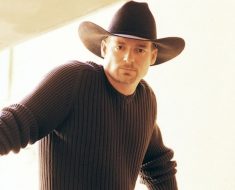 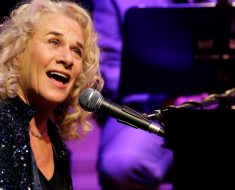